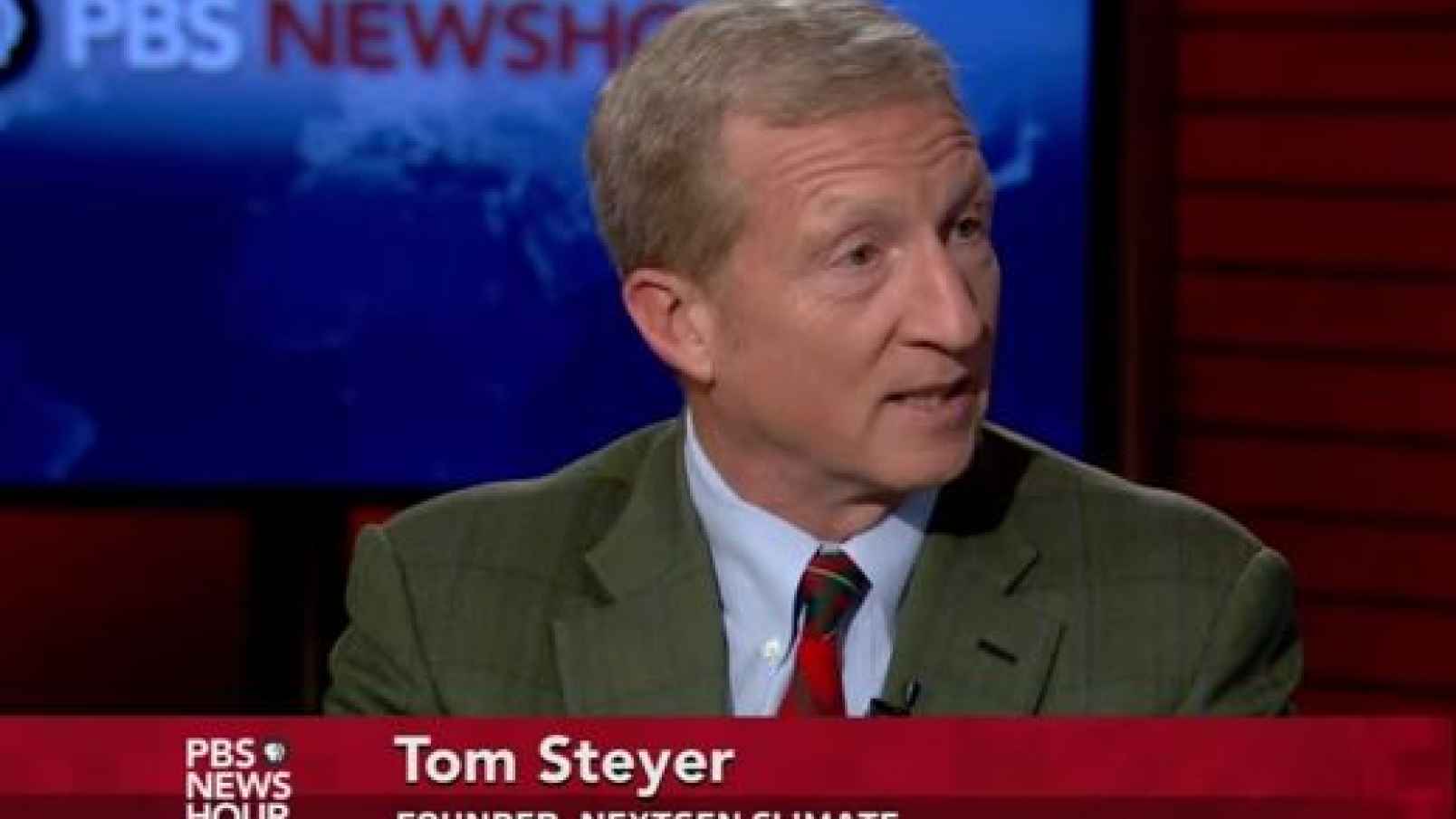 Tom Steyer is currently betting that spending $20 million on ads calling for President Trump’s impeachment will get him into the Senate.  Calls for Trump’s impeachment continue to be heavily based around the Russian dossier produced by Fusion GPS. And, as DC’s Chuck Ross reports, Steyer’s big eco-initiative, which has been disastrous for California, was linked to… Fusion GPS.

A Daily Caller investigation reveals that in 2012, Steyer, a hedge fund chieftain and environmental activist, hired Fusion GPS and its founding partner, Glenn Simpson, to conduct an investigation to help pass a ballot initiative aimed at closing a tax loophole for California businesses and funneling money to clean energy projects.

Steyer poured $32 million into “Yes on Prop 39,” a committee he formed to support ballot initiative Proposition 39. The successful campaign made Steyer a rising star in the world of Democratic politics. The party’s most generous donor in the 2016 election cycle — giving more than $90 million to various political action committees — Steyer is said to be considering running for political office.

You can probably guess how the financials worked out.

The Associated Press reported in Aug. 2015 that a portion of Prop 39 that promised to created 11,000 clean energy jobs per year had only created 1,700 jobs after three years. And more than half of the $300 million promised to public schools to improve energy efficiency had gone to consultants and energy auditors.

Of course it does. That’s the heart of the eco-scam. Green jobs are as real as Santa Claus and the Tooth Fairy. But the environmental movement is one big scam. From top to bottom.

And smear shops like Fusion GPS are at the heart of the effort by the left to get its dirty, rotten way, whether it’s in elections, impeachments or just plain old scams.