The liberal news continues to expand their radical messages and continue to gain support as their beliefs are pushed on viewers. The college-aged group is one of the most influenced groups by the liberal medias messages. College students and other Millennials are the one that are protesting (rioting) and embracing the liberal ideology, which does not accept any other views or beliefs.

College campuses are having “protest” for the government to ban “offensive” speech. These are not gatherings to express beliefs about a social issue but are causing damage to property and disrupting other students from their learning experience. College protest often are focused on conservatives or anyone that does not hold the same beliefs. College protest have gone as far as assaulting professors and demanding resignations from conservatives working at colleges. 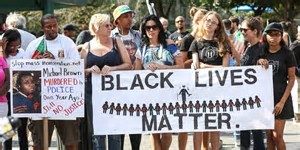 The students that participate in these “protest” are often the ones not impacted by the issues and are not educated enough on the topic to explain why they are protesting. The reason many of the students feel that they need to participate is because liberal professors and administration provoke students with their beliefs.

Many colleges have created “safe spaces” for students that feel that have been emotionally hurt by something they heard or saw on campus. These are a place where students go to get away from “hurtful” words, which is basically a place for them to report students who exercise their first amendment right but is different from the liberal beliefs.

Conservative speech is being attacked on the liberal campuses and freedom of speech is being taken away from those who do not embrace the liberal ideology. Students that have conservative views must be cautious of what they say because it can impact them farther than having to meet with an administrator about their “hurtful” words. College professors will go as far as grading conservative students differently than the known liberal students. Luckily, there is hope for change since President Trump won the election and students are more willing to express their conservative views.