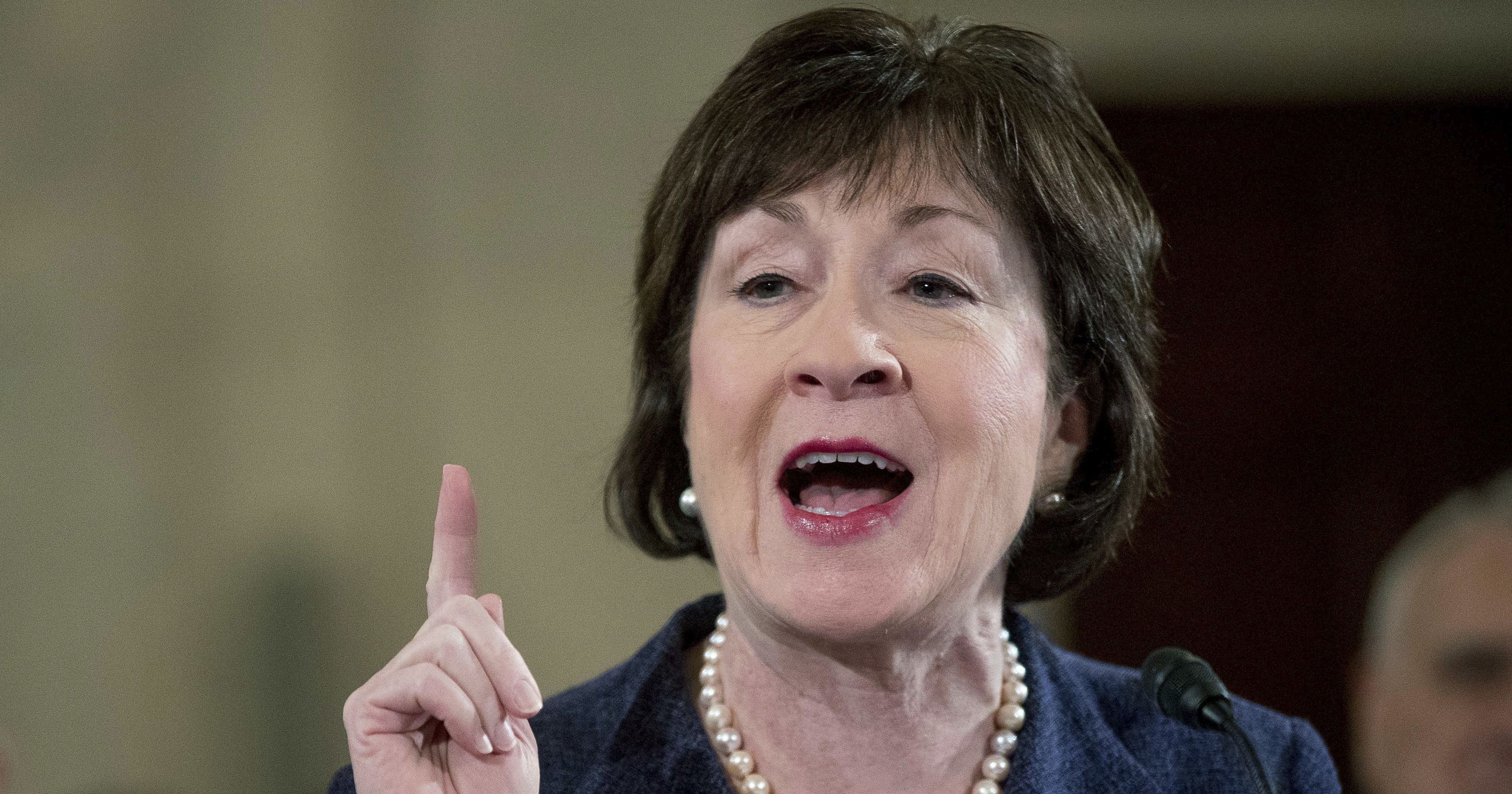 Pro-abortion liberal Republican Sens. Susan Collins (ME), Lisa Murkowski (AK), and Shelley Moore Capito (WV) say they will not vote in favor of an Obamacare repeal bill. That decision puts the effort to both repeal Obamacare and defund Planned Parenthood out of reach for the Republican Party.

In the 2015 Obamacare repeal bill, which passed both the House and Senate, Collins and Murkowski joined then-Sen. Mark Kirk (R-IL) in an attempt to remove the bill’s provision to eliminate much of Planned Parenthood’s federal funding.

Capito kept her promise to her constituents to repeal Obamacare by voting in favor of the 2015 repeal bill, well aware that Obama would veto it. Now, with a Republican in the White House who will actually sign the bill to repeal the disastrous healthcare reform, she said in a statement that her opposition to repeal just two years later is based on the “concerns and needs of West Virginians.”

Senate Majority Leader Mitch McConnell is planning to vote once again on the same bill that repealed much of Obamacare, and which defunded abortion giant Planned Parenthood for one year.

McConnell said in a statement Tuesday:

We will now try a different way to bring the American people relief from Obamacare — I think we owe them at least that much. In the coming days, the Senate will take up and vote on a repeal of Obamacare combined with a stable, two-year transition period as we work toward patient-centered health care. A majority of the Senate voted to pass the same repeal legislation in 2015. President Obama vetoed it then. President Trump will sign it now.

“Senator McConnell is right to ask the Senate to repeal Obamacare using the same successful language from 2015,” said Tom McClusky, president of March for Life Action, in a statement. “This will allow necessary time to work on a replacement plan that delivers on the failed promises of the Affordable Care Act by eliminating burdensome regulations, lowering costs and improving choice.”

Most importantly, if enacted this repeal bill will remove the most egregious abortion-related aspects of Obamacare and redirect funding away from our nation’s largest abortion provider. Abortion is not healthcare, and the majority of Americans do not support taxpayer funding for abortion. We have worked from that principle every step of the way in this healthcare debate.

The 2015 bill would have repealed key parts of Obamacare and eliminated Planned Parenthood’s mandatory government spending funds under Medicaid for a period of one year. Had former President Barack Obama signed the repeal bill, those funds would have been redirected to other community health centers that provide primary care and preventive services – including contraception, prenatal care, and mammograms in many locations.

Planned Parenthood’s latest annual report shows many of its non-abortion services have declined, while the number of abortions it performs and its profits have increased. The abortion vendor has also never performed preventive care mammograms, though its president, Cecile Richards, and its political allies – including former President Barack Obama – have said that it does.

Although Planned Parenthood supporters in government and the media have argued that defunding the abortion giant would result in overwhelming numbers of additional patients at other federally qualified health centers, according to the Charlotte Lozier Institute, if Planned Parenthood were defunded, the net change in patient population per Federally Qualified Health Center service site would be approximately 110 women – that is, two additional women per week.

Upon Obama’s veto of the GOP’s 2015 Obamacare repeal bill, House Speaker Paul Ryan said, “We have now shown that there is a clear path to repealing Obamacare without 60 votes in the Senate. So, next year, if we’re sending this bill to a Republican president, it will get signed into law.”

McCluskey cites the words of Vice President Mike Pence, who addressed the 2017 March for Life: “This administration will work with Congress to end taxpayer funding of abortion and abortion providers.”

The White House has signaled that they will remain steadfast on this promise, but it’s up to Congress to act.