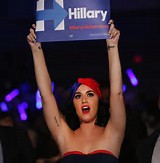 As we all watch the unfolding of the terror attack in Manchester, celebrities are taking the chance mock the situation and push their liberal agenda. This should not come as a surprise to anyone who has followed attacks like these in the past.

Katy Perry did not hesitate to push her liberal agenda when she was asked about the Manchester attacks. She said, “no barriers, no borders, we just need to co-exist” in response to her thoughts on the attack. Now, it should be noted that she did tweet, “Brokenhearted for the families tonight. Broken hearted for Ari. Broken hearted for the state of the world.” This cannot cover up the fact that she had brought up her liberal agenda during a world crisis.

Her comments were directed at the Trump administration’s stand on immigration and should not be shocking to anyone. It is sad that she felt the need to push her agenda during this time. This is someone that many children and young adults look up to. It is scary because the followers she has could under play the significance of the situation and draw attention to her liberal views. 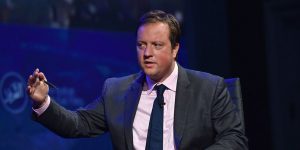 This is true that Islamist have been blamed for past attacks but those claims have all come out to be true. It becomes sickening that the left thinks that the right would kill children to push their agenda. The twist of the story by CNN is another example why they cannot be trusted and do not report the actual news. Kids and young adults were killed and CNN is still attempting to blame the right for the attack. CNN should not be considered a “news outlet” after this claim.