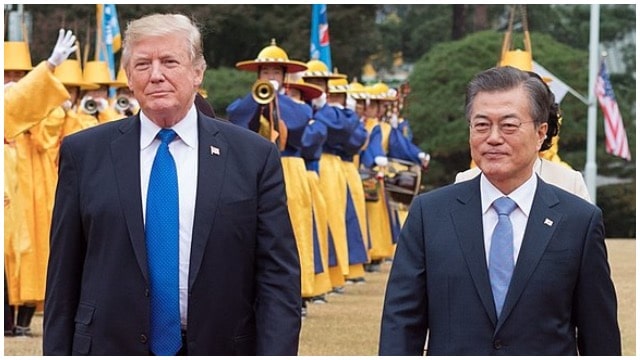 President Trump could cure cancer and the far left MSM still wouldn’t give him any credit.

Recently, the president of South Korea said 45 was the reason for talks between them and North Korea.

As you’d expect, the left and the MSM are silent.

Thank you, Reuters. This story was all over the American press. Oh, wait… https://t.co/Sg3RArVsxa

North Korea agreed Tuesday to send a delegation to next month’s Winter Olympics, which are set to begin next month in Pyeongchang, South Korea. The rival nations’ talks are the first sign of a possible thaw in their relationship.