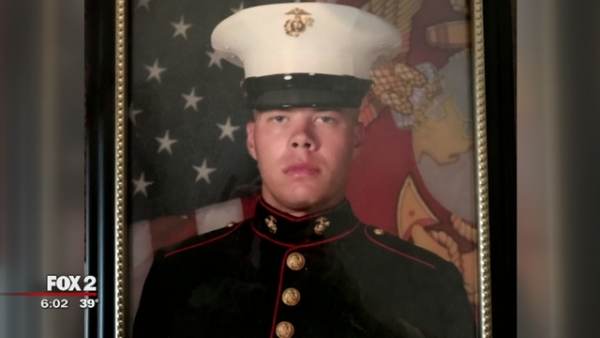 A Marine is behind bars for defending himself and his family from an armed thug.

It was an ordinary evening for Joey Nelson. He was at home with his fiance, their 3 week old child, and a couple of friends. Then, all of a sudden, they were startled by violent pounding on the front door, and someone trying to force their way in. Nelson grabbed his gun and told the thug to leave. That’s when things turned violent.

According to Fox 2 Detroit:

Westland police say the man outside was 39-year-old Michael Wilson of Detroit.