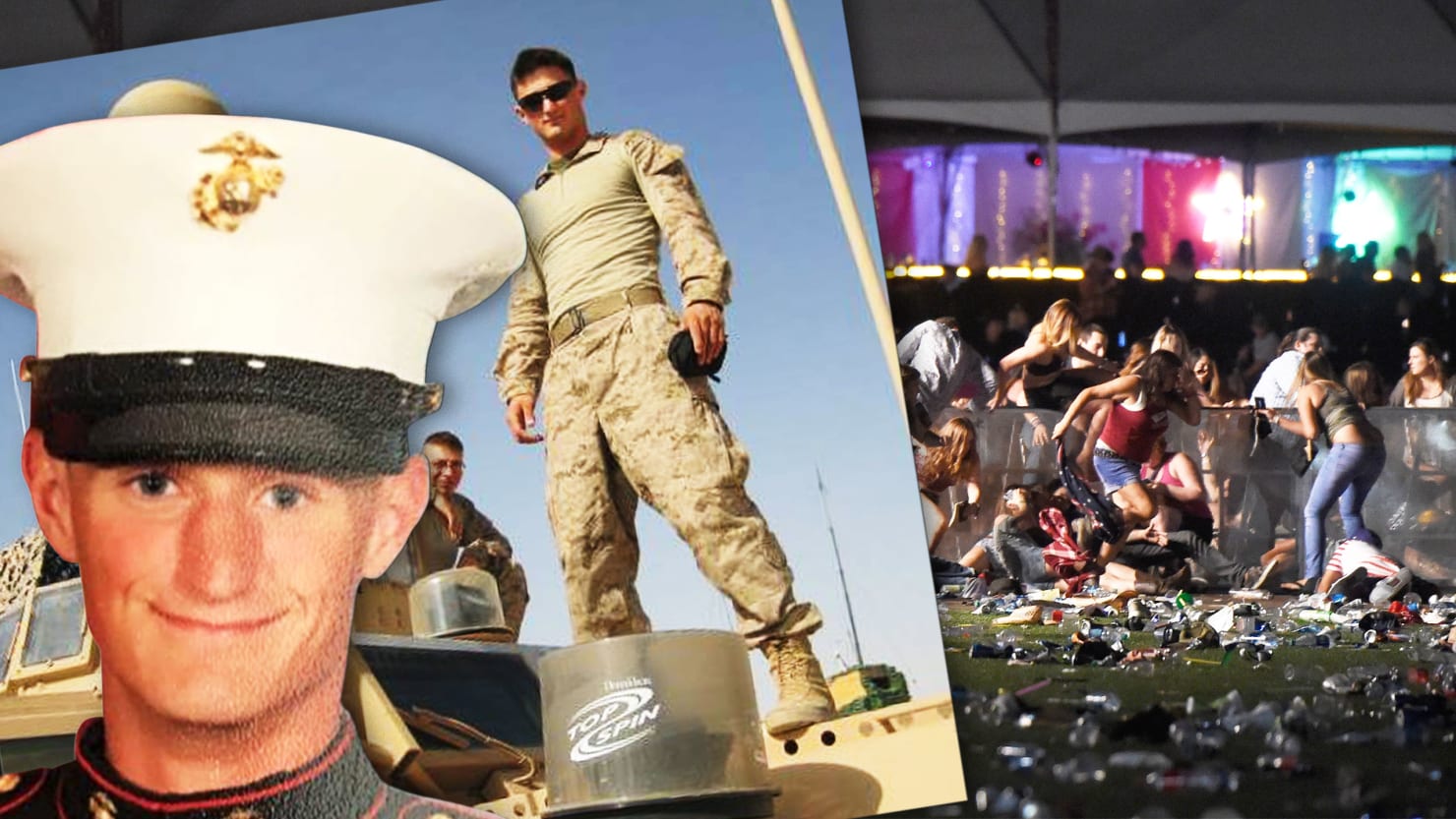 Taylor Winston served in Iraq. Kacy Thompson was an EMT. Together they became heroes.

A veteran Marine and his friends sprung into action in an attempt to save dozens of lives during the Las Vegas massacre.Taylor Winston, 29, was close to the righthand side of the stage when gunfire rained down at the Route 91 Harvest festival. He said the first gunshots sounded like fireworks, but he soon realized people were screaming and saw bodies drop to the ground.

Winston, a sergeant who served in Iraq, and Jenn Lewis fled with the crowd. They separated from their buddy, Jason, who hung back to ensure his other friends made it to safety. One pal was shot in the bicep and survived.

But Winston and Lewis didn’t abandon their fellow music lovers. They spotted a work truck near the venue, with no owner in sight, and commandeered it to transport victims to the hospital, Winston told The Daily Beast.

“Jenn and I luckily found a truck with keys in it and started transporting priority victims to the hospital and made a couple trips and tried to help out the best we could until more ambulances could arrive,” Winston said.

A designer for the Country Rebel social network, Winston has been to country music festivals before and said he figured one or two work trucks would still have the keys inside. “So I just crossed my fingers and it turned out to work out,” Winston said.

In two trips, Winston and Lewis said they transported about two dozen people to the hospital. Victims were piled into the back seat and truck bed. Winston told people to apply pressure to the wounds, as he sped to Desert Springs Hospital Medical Center, wanting to get people there “before they bled out.”

One woman was wounded in the neck and chest, Winston said.

Winston doesn’t know which of his passengers survived. “I can’t be for certain. There’s a few that I don’t think probably made it. They were pretty limp when we were pulling them out of the truck, but they still had a pulse, so I’m hoping for the best.”

At least 59 people were killed and more than 500 injured when a gunman fired into the music festival from his 32nd-floor room at the Mandalay Bay Resort and Casino. Some of the victims included a newlywed who saved his wife’s life but lost his, a special education teacher, and an off-duty Vegas cop who was a youth football coach.

When contacted by The Daily Beast on Monday, the veteran Marine was undaunted.

“I’m moreso just angry that someone did this, but I just gotta react. I can’t really dwell on it a whole lot,” Winston said over the phone.