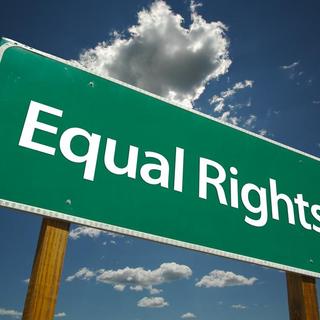 Many people today believe that equality and equal rights are the same thing. Nothing could be further from the truth. The word equality is a makeshift construct used by the left to make the true meaning more palatable to Americans.

Whereas the conservatives use the term equal rights. Were the progressives to be intellectually honest, they would abandon the word equality and refer to it as equal outcomes.

Equal rights simply means that no one has more rights than someone else. This is at the core of being philosophically an American.

Equality on the other hand, is a Socialist or Communist concept widely accepted through much of Europe today. At the core of it, is the belief that equal opportunity is not sufficient since not everyone has the same abilities or motivation. Equality is driven by transferring the wealth or property of the higher outcome citizens to the lower outcome people.

To put this in a historical light, we need to look at two great revolutions. The American Revolution and the French Revolution happened during similar times in history, however, they were two very distinctly different events.

The French Revolution was motivated by the people’s demand to be equal. The French were angry with the aristocracy controlling all the wealth while the people went hungry. They wanted to share the wealth. This was not the case in America. Americans fought for liberty. This is engrained in everything that is America, “with liberty and justice for all.” The Liberty Bell, “Give me Liberty or give me death”

The Declaration of Independence did not demand that King George share his wealth with the people, it demanded and proclaimed that we wanted to be free from an oppressive ruler. We did not ask him to change his behavior, we did not ask him to provide us with food, housing or health care, we just wanted to be left alone. In fact, if you read the Declaration of Independence, you will find that the last 1/3 of the document is an indictment of the King – written as if he was to be put on trial.

Liberty by its very nature is man being free. Free from government intrusion in to our lives, free to pursue anything that we feel is in our own self-interest, free to keep the fruits of our labor, free to live any way we see fit – provided we do not infringe on the liberty of another.

Regardless of the political rhetoric or news topic of the day, the real battle raging in America is between Liberty and Equality. Both of these philosophies sound noble and have merit, however, the two values cannot co-exist. To guarantee everyone equal outcomes regardless of abilities is to enslave those that produce more.

But on the other side, to provide true liberty means that some people in society will do without. Even with charity and social programs poverty will still exist. So is there a right or wrong choice?

It is true that with true liberty, wealth will concentrate into a small group of citizens. To use the Left’s argument, they have much more than they need and must pay their fair share.

But without liberty there is little innovation. Equality, while on the surface looks noble, is really an insidious plot to drive all humans down to the lowest common denominator except for those in power.  When you remove the profit motive from people, either by excessive taxation or by government mandated equality, you remove the incentive for our brightest and most ambitious people to create new things and technologies.

But more importantly by the enforcement of equality you hurt the very people it is intended to help.

Entrepreneurial innovation is the major driver behind improving the lives of those less fortunate. Technology has lowered the costs of many things that were once out of the reach of the poor. Increased farming yields have reduced a family’s food cost dramatically. Technology like computers, cell phones and the internet have improved the lives of millions, and none of this would have happened without liberty.

The United States has been the engine of innovation for the world. Just ask yourself how many great inventions you use today that came from the Soviet Union? If we are to preserve our nation, ensure a future for generations to come and if we truly care about the less fortunate, we will defend liberty with all we have.