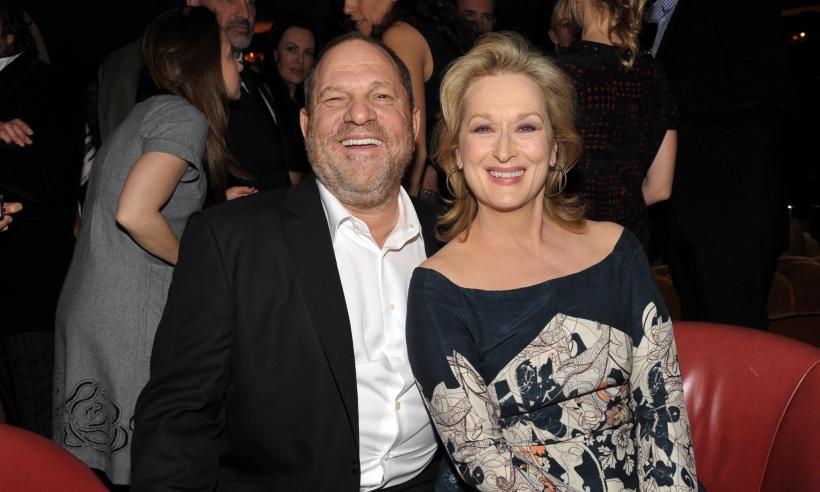 After days of media exposure, outrage from both sides, and far too much partisan arguing, Devil Wears Prada actress Meryl Streep decided to break her silence about Harvey Weinstein’s repeated sexual assaults on her fellow actresses.

Delivering her message straight to Huffington Post, Streep clarified that “not everybody knew” about Weinstein’s sexual deviancy, particularly her.

“The disgraceful news about Harvey Weinstein has appalled those of us whose work he championed, and those whose good and worthy causes he supported. The intrepid women who raised their voices to expose this abuse are our heroes.

One thing can be clarified. Not everybody knew. Harvey supported the work fiercely, was exasperating but respectful with me in our working relationship, and with many others with whom he worked professionally. I didn’t know about these other offenses: I did not know about his financial settlements with actresses and colleagues; I did not know about his having meetings in his hotel room, his bathroom, or other inappropriate, coercive acts. And If everybody knew, I don’t believe that all the investigative reporters in the entertainment and the hard news media would have neglected for decades to write about it.

The behavior is inexcusable, but the abuse of power familiar. Each brave voice that is raised, heard and credited by our watchdog media will ultimately change the game.”

Frankly, this statement from one of Hollywood’s most powerful actresses reads more like a response to the building wave of anger toward Hollywood than it does outrage toward Weinstein himself. Here’s a woman who will stand up to her political opponents with all the ferocity of a lioness on a gazelle, but she sure took her time getting to this kill.

Don’t get me wrong, the outrage is there — on paper at least — but after so many days between the discovery, the statement, and the fact that we’ve heard Weinstein’s sexual assaults are the most open secret in Hollywood, it’s hard to find it believable that Streep didn’t know in some capacity already. He’d been paying off actresses for decades to avoid legal troubles. I find it hard to believe that at least rumors of his predatory nature wouldn’t have circulated around Tinseltown, and reached Streep’s ears. She even spends her third paragraph saying the abuse of power is familiar, and that the more voices raised the faster this game can be changed.

The fact that she spends her entire second paragraph — a much larger paragraph than the others — distancing herself also seems odd to me. I hate to resort to saying the lady doth protest too much, methinks, but the bulk of her statement is focused on clearing herself of all charges.

As I said earlier, it feels more like Streep caught wind that the Weinstein story was causing people’s view of Hollywood to darken dramatically. Mixed with the fact that her fellow glitterati were straight up refusing to comment on the situation, and that Hollywood’s defense of child rapist Roman Polanski — whom Streep gave a standing ovation for in 2003 while he was on the run from American authorities — is now coming back to the forefront, Steep is now seeing to her own dropping stock.

Too much smells too fishy here. It’s feels too try-hard. It’s too ill timed, and too lacking in concern for others, but too rife with concern for herself.