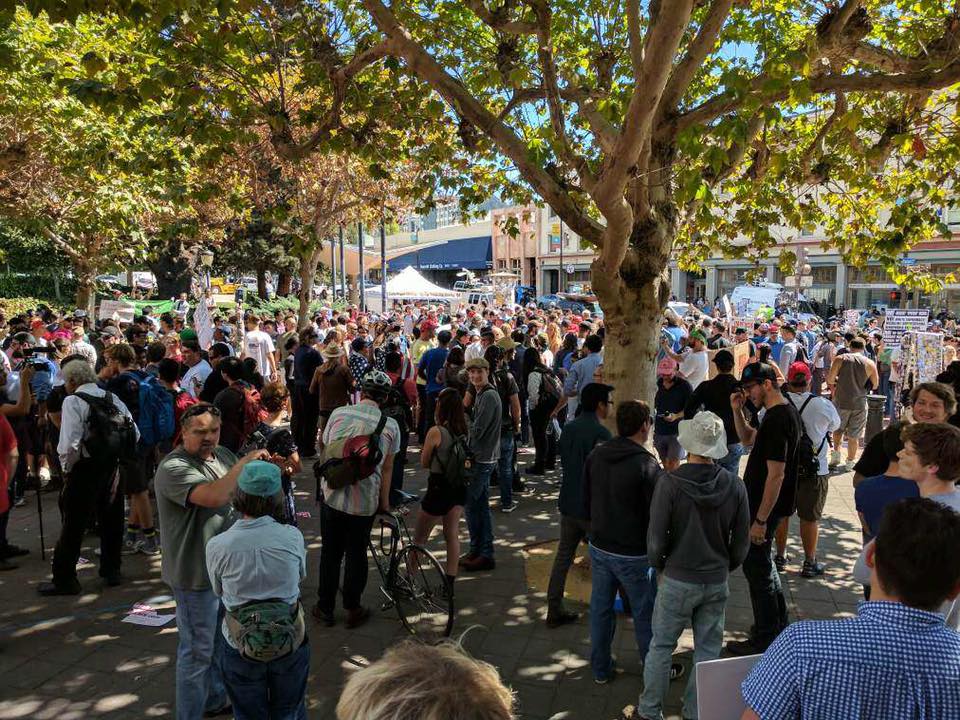 MILO claims that as many as 500 supporters were prevented from attending his appearance at UC Berkeley by police.

As many as 500 people were reportedly denied entry to former Breitbart Senior Editor MILO’s event at UC Berkeley on Sunday. Photos posted to MILO’s official Facebook page display large groups of people reportedly unable to enter the campus, allegedly due to Berkeley PD’s refusal to allow people to enter.

MILO posted a video to his YouTube channel where a number of MILO fans discussed being unable to enter the event. “They weren’t letting anyone in. It was five minutes between people going through,” says one woman, while another man claimed, “We were prevented from [hearing MILO speak] by the people in charge here, and that’s not fair.”

MILO said in a statement on his Facebook page, “At Berkeley today the police were asking for ‘tickets’ when it wasn’t a ticketed event. HUNDREDS of people were waiting to get in. The press wasn’t showing the lines outside and instead kept asking why no one had shown up when there were about 500 people waiting to get in. The vast majority of the crowd was still waiting outside, being held by police, when I spoke. The entire Berkeley College Republican group was refused entry. The police even had a device that was nuking our drone signal.”

“We were denied any amplified sound whatsoever and police refused to remove screeching protesters who made it impossible to deliver any speeches,” he claimed. “But you know what? I’d have come out today if a SINGLE person wanted to hear me and got into the plaza. And I’ll keep coming. Thanks to everyone who stood out in the sun. God bless everyone. Despite the machinations of every component of the Berkeley and UC Berkeley administration, we showed up. We will keep showing up. See you back in Berkeley next year!”