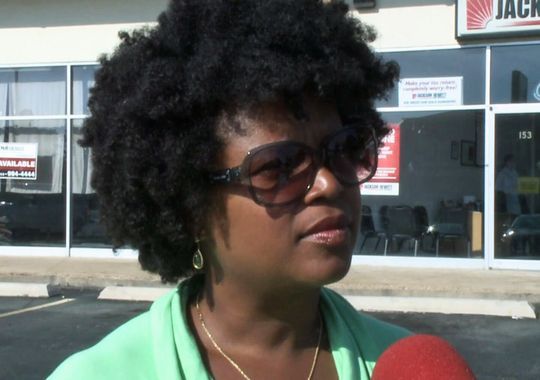 A Missouri state senator said in a now-deleted Facebook post that she hopes President Donald Trump is assassinated.

Maria Chappelle-Nadal acknowledged on Thursday that she wrote a post which read: “I hope Trump is assassinated!”

She made the comment in an exchange with a left-wing activist who claimed that his cousin is a Secret Service agent.

A Missouri State Senator from St. Louis has now called for the assassination of @realDonaldTrump. Keep it classy @MariaChappelleN. pic.twitter.com/JTrkxk4Pkz

Chappelle-Nadal confirmed to a reporter with St. Louis TV station KMOX that she posted the comment.

“I put something up on my personal Facebook page and it has now been deleted,” she said.

.@MariaChappelleN has told @KMOX "I put something up on my personal Facebook page and it has now been deleted

Chappelle-Nadal, a Democrat, represents a district in a St. Louis suburb.

It is not clear exactly what prompted Chappelle-Nadal’s comment. But it was likely made in response to a discussion about the ongoing controversy over Trump’s comments about the violence in Charlottesville, Va. over the weekend.