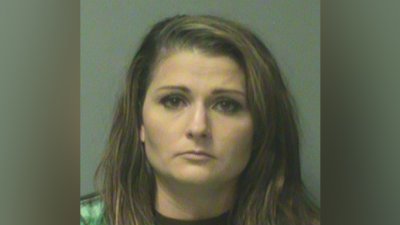 On Thursday, an Iowa mother of four young children was arrested after leaving them at home while she went on a jaunt to Europe.

Erin Lee Macke, 30, who has two twelve-year-old twins, a seven-year-old and a six-year-old, left the U.S. on September 20, and was scheduled to return home on October 1, according to the Des Moines Register. On September 21, police were alerted to the situation, and visited the home, where they conducted a welfare check, and discovered the children.

Macke had not arranged any supervision for the children, according to police, who contacted her in Germany and ordered her to come home. The Iowa Department of Human Services took custody of the children, who were later transferred to relatives.

The Daily Mail reported Macke posted photos on Instagram of herself with a girlfriend and her baby visiting Bavaria, where they saw the Walhalla Memorial and Regensburg Cathedral.

Last May, Macke posted photos of herself in a bikini competition.

Macke was being held at Polk County Jail with no bond, charged with four counts of child endangerment and one count of making a firearm available to a person under age 21.