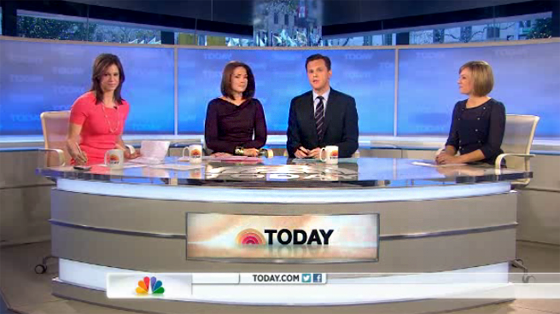 On Tuesday, the hosts and correspondents of NBC’s Today could not contain their excitement as they gloated over the failure of the Republican Senate health care bill. “For seven years Republican lawmakers have vowed to overturn ObamaCare, but this morning their latest plan has come to a screeching halt,” proclaimed fill-in co-host Willie Geist.

In the report that followed, correspondent Kristen Welker further hyped the news: “This is a devastating blow to one of the President’s top agenda items and biggest campaign promises – to repeal and replace ObamaCare.” “Now, the White House was caught by surprise after a frenzied push to lock in the votes for the GOP Senate bill,” she added.

The headline on screen throughout the segment blared: “GOP ‘Repeal and Replace’ Bill Collapses; Party Division Leads to Stinging Defeat for President.”

Noting the President calling for a straight repeal of ObamaCare, Welker warned: “For now the bill is dead on arrival and the new plan is controversial. Repeal now and replace later, much later.” She concluded: “Republicans privately acknowledge even securing the votes for their fallback plan will be difficult.”

Geist breathlessly asked: “How shaken is the White House by this development last night?” Welker replied: “Oh, they are shaken and they know this is a risky strategy.”

Arguing that Democrats were supposedly politically immune from the failures of ObamaCare, she declared:

Look, the Republican plan now is to force Democrats back to the table to negotiate over a new health care plan by repealing it. The thinking is that Democrats will feel political pressure to try to make sure people don’t lose their health care all together. But the reality is there’s no indication Democrats will play ball with them.
The reporter then dutifully quoted Senate Minority Leader Chuck Schumer to bolster her liberal talking points: “In a statement he said overnight, ‘Rather than repeating the same failed partisan process yet again, Republicans should start from scratch and work with Democrats on a bill that lowers premiums, provides long-term stability to the markets, and improves our health care system.’”

“Now, of course, this all underscores the political risk for Republicans. If they can’t get Democrats on board with their new plan, the GOP could really pay for this in the midterm elections by losing seats,” she predicted.

Hunt touted how Democrats would be happy to do nothing:

I think if there is a very visible failure, if Republicans fail to push forward a plan, then you may see a situation where Democrats work with them to try to make basically a smaller fix to those individual ObamaCare markets….But I think we are still a ways away from that if you still see President Trump looking for a victory. I do not think there’s any way Democrats will try to help him out with that.
The biased coverage was brought to viewers by Toyota, Ford, and Walmart.