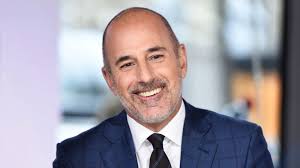 Matt Lauer, the longtime left-wing anchor of NBC’s Today Show, was fired Wednesday over allegations of sexual misconduct, according to the New York Times.

Along with Charlie Rose at CBS, Lauer is the second morning anchor to lose his job over sexual misconduct allegations. Last month NBC fired political commentator Mark Halperin after numerous women claimed he had behaved in appropriately with them while he was working at ABC/Disney.

On Monday night, we received a detailed complaint from a colleague about inappropriate sexual behavior in the workplace by Matt Lauer. It represented, after a serious review, a clear violation of our company’s standards. As a result, we’ve decided to terminate his employment. While it is the first complaint about his behavior in the over 20 years he has been at NBC news, we were also presented with reason to believe this may not have been an isolated incident. Our highest priority is to create a workplace environment where everyone feels safe and protected. And any action that runs counter to our core values are met with consequences. We are saddened by these events. We will face it together as a news organization and do it as transparent a manner as we can.