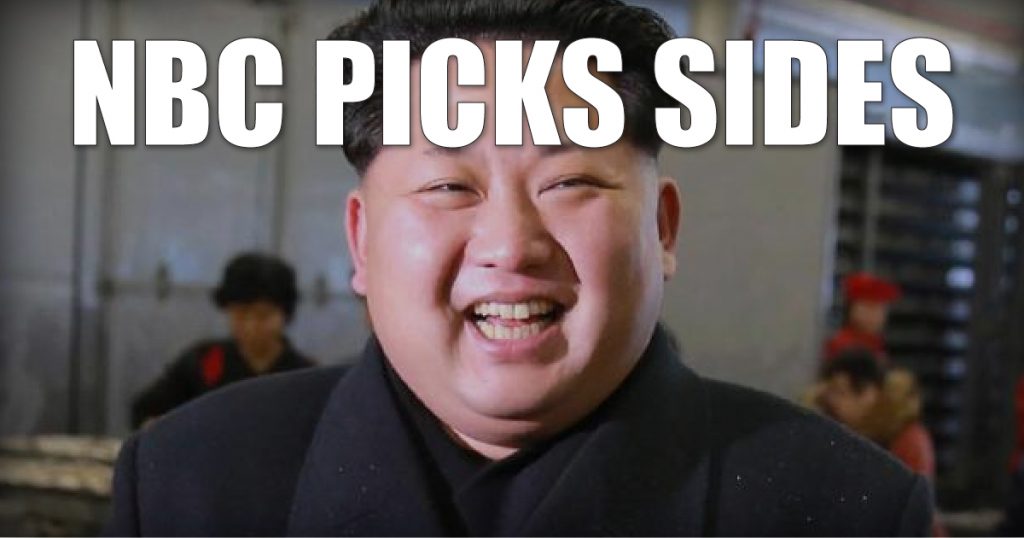 Reporting from inside North Korea for Friday’s NBC Today, correspondent Keir Simmons parroted the authoritarian regime’s propaganda as he quoted government officials personally insulting President Trump and portraying the United States as the aggressor responsible for rising tensions in the region.

“Good morning from the Democratic People’s Republic of Korea, known to you and me as North Korea. We are right on the border with the south, and even here we are learning that President Trump’s rhetoric is having a profound effect,” Simmons declared as he began his taped report. Moments later, he touted: “North Korea’s vice foreign minister is tells NBC News, quote, ‘President Trump’s rhetoric is taking them to the brink of war.’”

Turning to a North Korean military officer, Simmons asked: “What do you think of President Trump?” The lieutenant colonel replied: “Trump is mentally ill…if there is a war with America, we will win.”

Acknowledging that he was “being escorted by government minders,” the reporter cited more state-approved testimony:

I asked one government official, a father with a young son, whether he is scared by what is happening. And you know what he told me? He said that all his life, he has felt as if his existence is threatened by America. And he said, he believes that North Korea and the North Koreans could survive a nuclear war.

At one point in the story, while standing along the border between North and South Korea, Simmons uttered: “This side socialism, there is where the capitalist world begins.” Just to clarify, France is socialist, North Korea is the most brutal form of communism on earth.

The same report from Simmons was featured on MSNBC’s Morning Joe on Thursday. However, rather than challenge any of the propaganda put forward in the piece, the hosts applauded the hostile rhetoric from America’s enemy. “First of all, they’re saying what a lot of people are thinking, that the President is mentally ill,” Mika Brzezinski declared. Joe Scarborough observed: “Mika, you’ve got a mind meld with some people in North Korea.”

The pair also seemed satisfied when Simmons told them that one “senior official” in the dictatorship “watches Morning Joe every day.”

The biased coverage on Friday’s Today was brought to viewers by Microsoft, Kohl’s, and Special K.