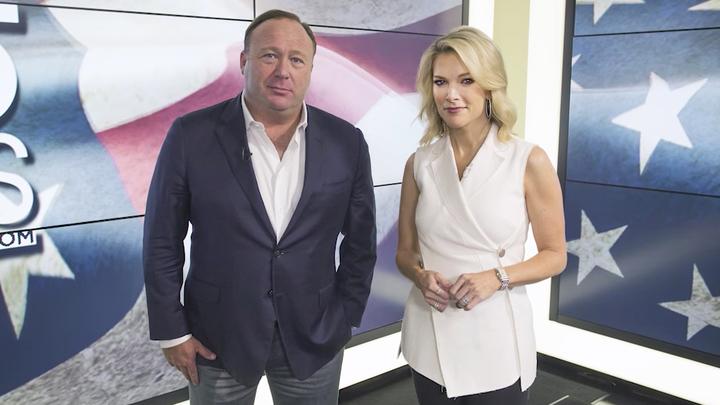 NEW YORK (AP) — NBC News vowed Friday to go ahead with Megyn Kelly’s report on conspiracy theorist Alex Jones on Sunday, despite his “efforts to distract and ultimately prevent” its airing.

The network said that it remains “committed to giving viewers context and insight into a controversial and polarizing figure, how he relates to the president of the United States and influences others, and to getting this serious story right.”

The story, scheduled to air Sunday evening, has NBC being buffeted from both sides. Jones has said he believed it will be a “fraud,” and said he would release an unedited version of the interview that he recorded. So far, he’s only released snippets of a supposed conversation with Kelly, which could not be independently verified.

Lawyers who represent 12 people who lost loved ones in the 2012 school massacre at Sandy Hook Elementary School urged NBC News officials not to air the interview. The families say they’ve been hurt by Jones’ claim that the shooting was a hoax.

The report is likely to have devastating human consequences, the families wrote to NBC.

“Airing Ms. Kelly’s interview implicitly endorses the notion that Mr. Jones’ lies are actually ‘claims’ that are worthy of serious debate, and in doing so it exponentially enhances the suffering and distress of our clients,” lawyers Josh Koskoff and Katie Mesner-Hage wrote.

Kelly has called Jones’ claims “personally revolting,” but said she believes there’s a value in exposing what he says to the American people.

An interview with at least one parent of a child killed at Sandy Hook will be part of NBC’s report on Sunday, according to a person familiar with the reporting who could not be identified because the person was not authorized to discuss it.

NBC News Chairman Andy Lack told The Associated Press that the story on “Sunday Night with Megyn Kelly” will be edited with the sensitivity of its critics in mind.