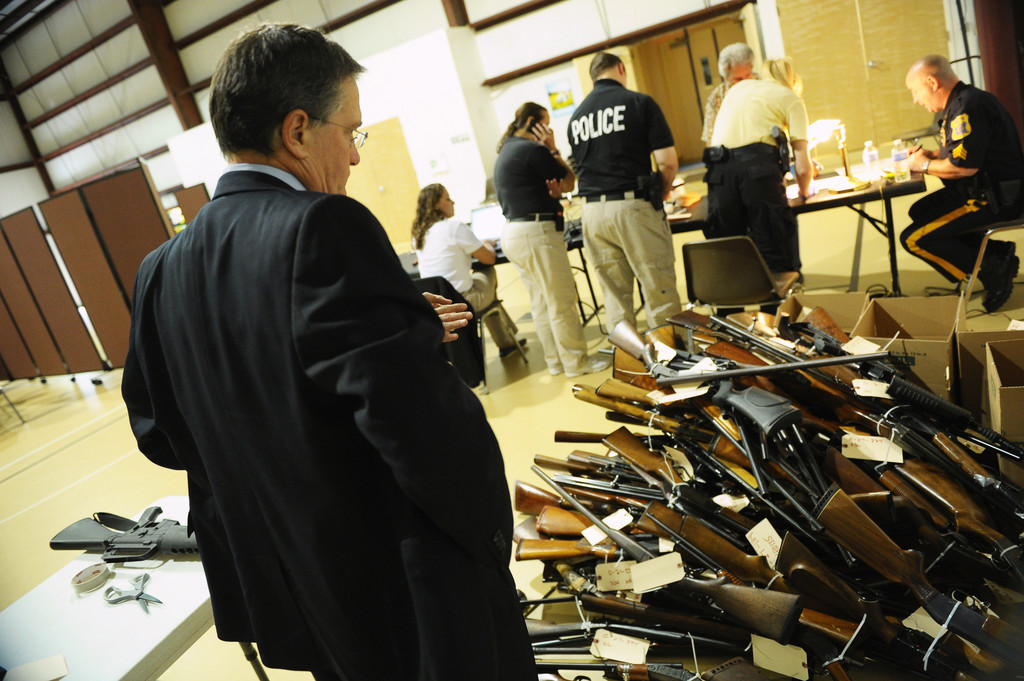 New Jersey had its largest gun buyback event last weekend, collecting a total of 4,775 firearms across Camden, Trenton and Newark.

Attorney General Christopher Porrino announced the news at a press conference at Newark Police Communication Center this week, noting that the event got 2,000 more guns off the streets than any previous buyback program in the state. Even more shocking, more firearms were collected this past weekend than have ever been collected by law enforcement officers through arrests and seizures in a single year.

U.S. Attorney William Fitzpatrick, who joined Porrino at the press conference, was also pleased with the results – especially the 129 “assault weapons” that were turned in.

Porrino made it clear that every gun that was turned in will be melted down this week; and they will not be tested at a ballistics labs beforehand.

According to NJ.com, researchers have found that buyback programs typically don’t attract criminals with illegal guns, but everyday citizens with “attic guns,” guns that they just have sitting in their homes that they’ve been wanting to get rid of.

The main goal of these events is still to try and get guns off the streets and out of the wrong hands. But Porrino isn’t stupid. He knows that these that buyback programs aren’t going to magically end gun violence and eradicate all crime in the state.

“To think that we’re going to have a gun buyback and this is going to end gun crime in the state of New Jersey is naïve,” he concluded in the briefing. “It’s one tool in the tool box and right now we have every tool out and we’re using them all.”