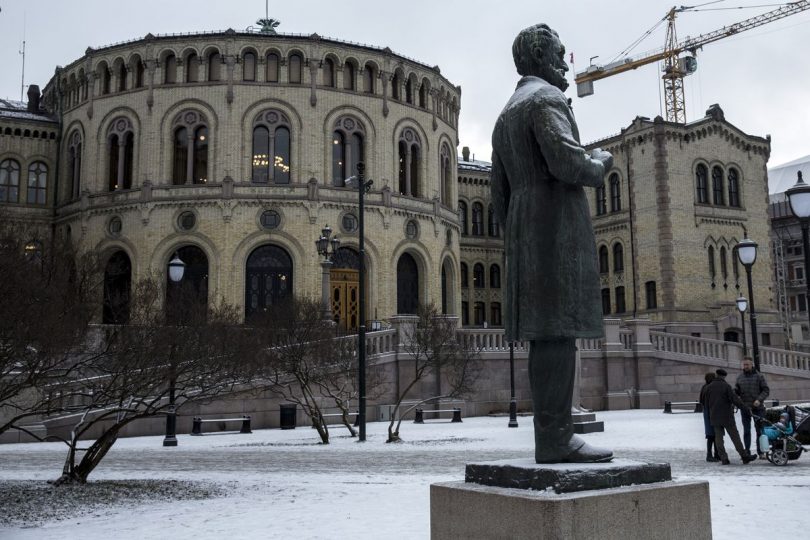 Eager to pay more taxes? Then look no further than Norway.

Hammered by the opposition for slashing taxes and going on a spending spree with the country’s oil money, the center-right government has hit back with a bold proposal: voluntary contributions.

Launched in June, the initiative has received a lukewarm reception, with the equivalent of just $1,325 in extra revenue being collected so far, according to the Finance Ministry. That’s not much for a country of 5.3 million people, many of whom are already accustomed to paying some of the highest taxes in the world (the top rate of income tax is 46.7 percent).

“The tax scheme was set up to allow those who want to pay more taxes to do so in a simple and straightforward way,” Finance Minister Siv Jensen said in an emailed comment. “If anyone thinks the tax level is too low, they now have the chance to pay more.”

Soon after assuming office, in late 2013, the Norwegian government was faced with one of the worst economic shocks in a generation as the price of crude plunged. The government responded by aggressively cutting taxes and tapping into the country’s massive wealth fund for the first time.

Left-of-center opposition parties claimed the tax cuts would benefit the richest and boost inequality. Jonas Gahr Store, the wealthy Labor Party contender who is leading in the polls ahead of the September 11 elections, has so far refused to take up the government’s offer.

Ironically, it was Store, whose net worth is $8 million, who prodded the government into action by complaining earlier this year that he had ended up paying less taxes under the current administration.

“This is an election campaign showcase by the government,” said Harald Jacobsen, a political adviser at the Labor party, who argues that the scheme has cost more than what it has generated.

Rather than engaging in political distractions, the government should aggressively target multinationals like Facebook or Google, which skirt the law to minimize their tax contributions, Jacobsen said.