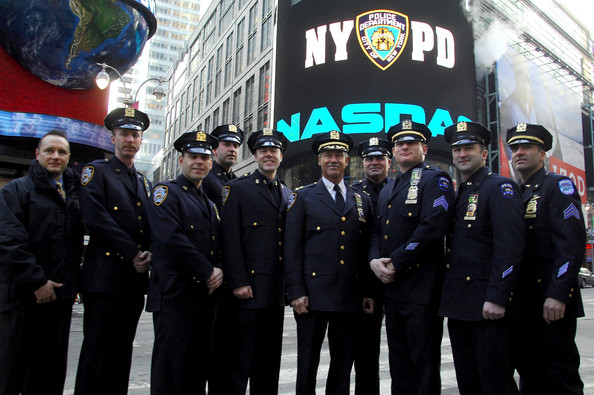 NYPD Officer Miosotis Familia was shot in the head and killed last week while sitting in her patrol car in the Bronx. The very next day, Mayor Bill de Blasio jetted off the Germany to participate in a G-20 summit protest.

His decision was a “slap in the face” to New Yorkers, his Republican opponent, Assemblywoman Nicole Malliotakis, said.

The NYPD union was just as incensed, using the incident to suggest the mayor is no friend to law enforcement. NYPD sergeants union president Ed Mullins said the following on a local radio station Monday.

“[Police] assassinations are very difficult to stop but what we can do to make a difference is kill the atmosphere that has been created across this country and in the city of New York,” he said. “We have a very anti-police atmosphere that is based on inaccurate facts and lies.”

“We’re not seeing any kind of leadership that comes out and explains that the police are not your enemy,” Mullins added.

De Blasio first felt the wrath of the NYPD three years ago, when he essentially called the police racist in the wake of Eric Garner’s death. The mayor even shared that he had warned his mixed-race son about the “dangers” police pose to the community. It’s not hard to imagine why several officers literally turned their backs on De Blasio when he arrived at a press conference just a few days later.

Over 100 law enforcement officers were killed in the line of duty last year. It is a tragedy that deserves the full attention of the leaders of our major cities.

A wake is being held for fallen officer Familia on Monday. De Blasio did visit her family upon his return from Germany.

A online fundraiser has been created providing donors an opportunity to help her children.