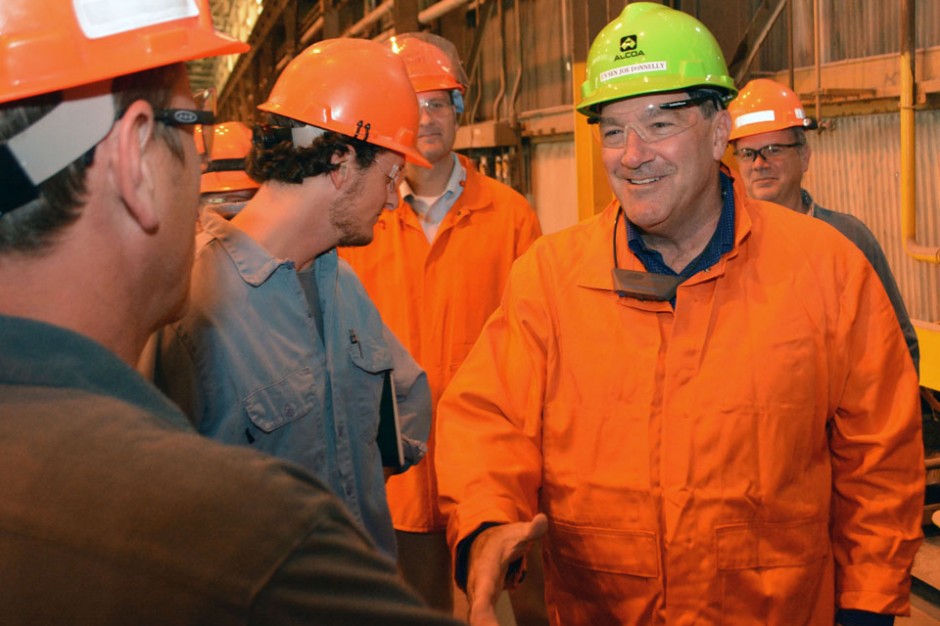 Democrats have their sights set on the 2018 midterms as a golden chance to eject scores of House and Senate Republicans from their seats, seizing on an unpopular presidency to regain control of Congress.  Thus far, this has been a struggle, as they’ve come up empty in four special Congressional elections since Trump’s victory, and only netting one total legislative seat over a slew of special state-level races across the country.  The president’s approval rating, meanwhile, has edged back over 40 percent on average, hitting that mark or higher in seven of the last eight national polls.  That’s not good, mind you (historically, it would forecast a Democratic wave), but Trump seems to have arrested a tailspin, stabilizing his position, and slightly bouncing back.  Why am I writing about the president’s approval numbers more than 15 months in advance of the next national election?  Aren’t they irrelevant?  Definitely.  Things will change a thousand times between now and then.

But Trump has endured one brutal news cycle after another, and a solid 40-plus percent of the country still backs him.  That may not be good enough to help Republicans retain the House (again, we’ll see), but the Senate is a different story.  The map in 2018 is extraordinarily favorable for the GOP.  Barring a blue tidal wave, Republicans are only realistically defending two seats next year (in Arizona and Nevada), whereas Democratic vulnerabilities are all over the place.  The dynamics are so helpful to the GOP that merely holding serve at 52 Senators would be considered a real disappointment; losing the chamber would be a catastrophe.  I’ve spoken to a number of Republican operatives and strategists about the Senate landscape, and they’re nearly unanimous that one of the most, if not the most, endangered Democratic incumbent is Indiana’s Joe Donnelly.  And those assessments came before this story dropped from the Associated Press:

Tough @AP story about Joe Donnelly (D-Ind.), one of the most vulnerable senators up for reelection next year. https://t.co/K2IB7uB76V

Joe Donnelly, considered one of the nation’s most vulnerable Democratic senators up for re-election next year, has long blasted free-trade policies for killing American jobs. He accused Carrier, an air conditioner and furnace maker, of exploiting $3-an-hour workers when it announced plans to wind down operations in Indiana and move to Mexico. However, an arts and crafts business Donnelly’s family has owned for generations is capitalizing on some of the very trade policies — and low-paid foreign labor — the senator has denounced. For more than a year, Stewart Superior Corp. and its subsidiaries have been shipping thousands of pounds of raw materials to Mexico, where the company has a factory that produces ink pads and other supplies, according to customs records from Panjiva Inc., which tracks American imports and exports.

The finished products are then transported back to a company facility in California, the records show. Stewart Superior, which also has an operation in LaPorte, Indiana, says on its website that the company’s Mexican factory “brings economical, cost competitive manufacturing and product development to our valued customers.” Although Donnelly’s brother runs the company, the senator previously served as a corporate officer and its general counsel before he was first elected to Congress in 2006. In a financial disclosure form he filed in May, Donnelly reported owning as much as $50,000 in company stock and earning between $15,001 and $50,000 in dividends on it in 2016 alone.

As a free market conservative, I support free trade, but that’s not the stance Joe Donnelly has adopted as a rust belt Senator.  He’s preened and postured as an anti-free trade, anti-outsourcing populist, all while his family’s company ships jobs to Mexico to lower their costs.  And he’s personally pocketed thousands of dollars as a result of this company policy — of which he is certainly aware, as a longtime corporate officer whose brother runs the place.  Oops.  Donald Trump and Mike Pence won the Hoosier state by 19 points last fall, carrying every county but four.  Democratic hopes of winning a Senate seat there, with a marquee name in the state, were dashed when the GOP nominee won by 10 points.  They even lost the gubernatorial race by six points, which had been seen as a key pick-up opportunity for the party.  Donnelly has few accomplishments to his name, he’s marched with Chuck Schumer on crucial votes like opposing the Reid Rule ‘nuclear option’ to thwart Democrats’ unprecedented filibuster attempt against Justice Gorsuch, and now he has an outsourcing mess on his hands.  These types of questions aren’t going to just go away.

Elsewhere, a poll out of Ohio shows Republican Josh Mandel, the state Treasurer, leading Democratic Senator Sherrod Brown in what would be a 2012 re-match.  The Buckeye State Battleground survey — which is not terribly well-known, but which was rather accurate in 2016, for what it’s worth — gives Mandel an eight-point lead (50/42).  All of the usual caveats apply, as head-to-head polling is basically worthless at this stage of any cycle, and that margin seems generous to me, but there’s one data point from the survey that may offer some useful insight: “Fifty-four percent (54%) of likely voters in Ohio approve of the job President Trump is doing, while just 41% disapprove.”  Trump will be an albatross for some Republicans in certain states and districts.  But he could be neutral or even an asset elsewhere.  His national approval rating may be weak, but that 40-plus percent is coming from somewhere, and support is disproportionately clustered in certain areas, including a number of places where Senate Democrats are running for re-election, such as…

Missouri and West Virginia. “Collusion Claire” may have caught a break when a qualified female challenger took a pass on the race, but her state still went for Trump by 18 points in November.  Unlike the fresh-faced Democratic Senate nominee with a limited paper trail who gave Roy Blunt a scare last year (losing by just three points), McCaskill’s record is one of a lockstep partisan who enthusiastically embraced Barack Obama and then Hillary Clinton.  She’s voted with Harry Reid and Chuck Schumer on every single important issue, including Obamacare and every element of the Gorsuch filibuster.  She’s consistently and significantly out of step with her constituents, so if she’s unable to hand pick her opponent again, she’s ripe for defeat:

#MOSen poll from CFG: McCaskill at 38% re-elect vs. 'someone new' & underwater by 10 points among indies: pic.twitter.com/44jafsMP8R

Is someone about to step up to the plate to beat her?  That same poll shows McCaskill already trailing Missouri Attorney General Josh Howley by four points.  Finally, meet the man some Republicans hope will take down Joe Manchin.  It’s West Virginia Attorney General Patrick Morrissey, who will square off with Congressman Evan Jenkins in a primary battle: