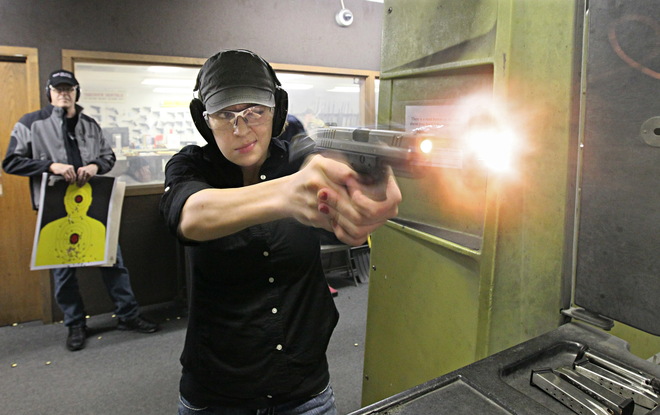 A Pew Research survey released June 22 shows that two out of three gun owners cite self-defense as the predominant reason for having a gun.

Moreover, 38% of gun owners–nearly four out of ten–make sure a loaded gun is “easily accessible to them all of the time when they are at home.”

When the responses were broken down according to male and female respondents, 65% of men cited “protection” as their main reason for gun ownership, while 71% of women did so.

The survey also found that a handgun is the firearm of choice for Americans who only own one gun. Among such Americans, “62% say they own a handgun, compared with 22% who say they own a rifle and 16% who say they own a shotgun.” This makes perfect sense when one considers the survey’s findings that self-defense–or “protection”–is the driving force behind gun ownership.

A handgun can be carried for self-defense far more easily than any other type of firearm. It fits well in a purse, a holster, a pocket, or a cowboy boot.