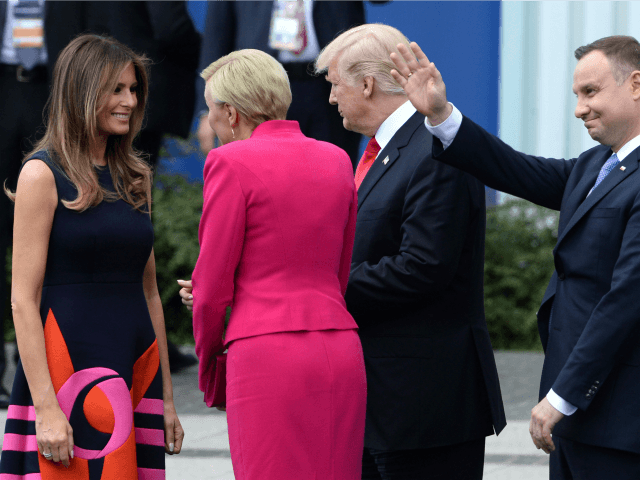 Contrary to some surprising reports my wife did shake hands with Mrs. and Mr. Trump @POTUS after a great visit. Let's FIGHT FAKE NEWS.

Cillizza later admitted that he knew the three-second clip he tweeted was misleading. “I know! It was a funny video of a misunderstanding! Nothing more! The same thing has happened to me a billion times!” he tweeted to a Twitter user who called him out for spreading “fake news.”

And despite the existence of the longer video clip of President Trump and the Polish first lady shaking hands, hoards of left-leaning media outlets reported that President Trump was “snubbed” and “rejected.”

President Trump has repeatedly ripped “very fake news” CNN and other members of the establishment media for publishing false news reports about him and his administration.

So they caught Fake News CNN cold, but what about NBC, CBS & ABC? What about the failing @nytimes & @washingtonpost? They are all Fake News!