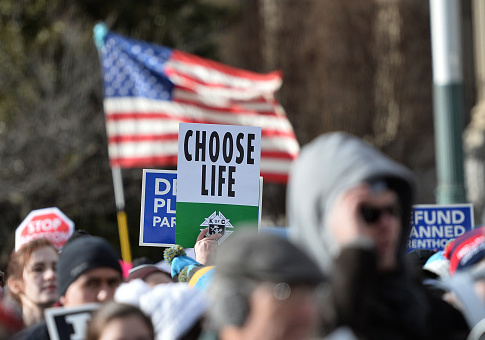 Revised tax reform bill would preserve credit of up to $13,460 for adoptive parents

Pro-Life activists celebrated the restoration to the adoption tax credit to the Republican’s tax reform proposal on Thursday.

House Ways and Means Committee Chairman Kevin Brady (R., Texas), who has two adopted children, amended the Tax Cuts and Jobs Act to restore the tax credit in committee, saying it “will ensure that parents can continue to receive additional tax relief as they open their hearts and their homes to an adopted child.”

The initial proposal would have eliminated the credit, which allows adoptive parents to claim up to $13,460 on their federal returns and does not apply to those making more than $241,920 in income.

House Speaker Paul Ryan (R., Wis.) praised Thursday’s mark-up session as a “critical step” to passing tax reform and highlighted the restoration of the adoption credit as an important fix on the reform package. Ryan said the credit was restored after Republican and conservative groups protested the elimination of the credit, which allowed taxpayers to claim $355 million in 2014, according to the Congressional Research Service.

“I want to thank Chairman Brady and the Ways and Means Committee for making important improvements to this historic legislation,” Ryan said in a statement. “After listening to our members, the committee preserved the adoption tax credit for middle-income families, and increased targeted relief for Main Street small businesses and startups.”

The news that the adoption tax credit could be eliminated sparked protest from some pro-life groups.

Susan B. Anthony List, a PAC that supports the campaigns of pro-life candidates, said the elimination of the credit was at odds with Republican principles on the issue of abortion in a letter to Congress on Nov. 2. The group said the credit enabled many middle class families to handle the costly expenses associated with adoption, in addition to the lengthy wait times and other obstacles to adopting a child in the U.S.

SBA List President Marjorie Dannenfelser said the group was pleased to see that Brady addressed the issue in the amended bill. She praised Brady for preserving the “commonsense credit.”

“This important pro-life tax credit costs the government relatively little, but by reducing the steep expenses of adoption, it makes all the difference to tens of thousands of families each year who open their homes and hearts to children in need,” she said in a release. “The amended bill gives these families the support they deserve in making the courageous, loving decision to adopt.”

Other pro-life groups praised Congressional Republicans for quickly addressing their concerns with the bill. Jeanne Mancini, president of the March for Life, said the credit has “saved so many lives and needs to be safeguarded” in any tax reform package. Catherine Glenn Foster, president and CEO of Americans United for Life, said the credit helped her family during the adoption process.

“Americans United for Life is grateful to Chairman Kevin Brady and House leadership for restoring the adoption tax credit,” she said in a statement. “The adoption tax credit has helped my own family, and I am very thankful that it will continue to be available to parents who have so generously decided to provide children in need with a forever family.”

The amended House bill comes as the Senate begins debate on a tax reform proposal, which also includes the adoption tax credit.