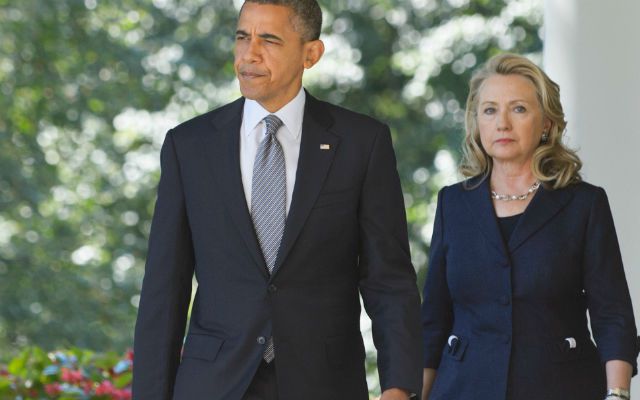 Individuals who have been hired to be a part of the Justice Department team investigating Russian influence in the U.S. 2016 presidential election have made thousands of dollars in donations to Democrat political campaigns.

Three members of Special Counsel Robert Mueller’s team made the donations to Democrats, including to Hillary Clinton’s presidential campaign, according to a CNN analysis using

More than half of the more than $56,000 came from just one lawyer and more than half of it was donated before the 2016 election, but two of the lawyers gave the maximum $2,700 donation to Hillary Clinton last year. Over the weekend, news outlets including CNN identified five attorneys that Mueller has already brought on board to help investigate potential collusion between associates of President Donald Trump’s campaign and Russia.

The attorneys on the team have worked on other high-profile cases, including Watergate and the Enron fraud scandal, as well as representing U.S. companies in legal dealings, according to CNN.

Three of the five lawyers gave overwhelmingly to Democrats, totaling more than $53,000 since 1988, and more than half of those donations came from just one lawyer, James Quarles, who works at the same firm where Mueller worked, WilmerHale.

Quarles also gave more than $10,000 to help Democrats running for the House and another $10,000 to candidates running for Senate seats, including money to Senate Minority Leader Chuck Schumer, CNN reported.

Only about 30 percent of the donations were for 2016 elections, according to CNN, including Quarles’s and Jeannie Rhee’s, who both gave the maximum $2,700 contribution to Clinton’s campaign last year.

Perhaps more importantly, Rhee has already been in the spotlight for representing the Clinton Foundation in a racketeering lawsuit brought by a conservative advocacy group, and also representing Clinton herself in a lawsuit seeking access to her private emails.

Mueller, who was FBI director under by President George W. Bush, also hired Andrew Weissmann, who led the Enron investigation, gave $2,300 to Obama’s first presidential campaign in 2008, and $2,000 to the Democratic National Committee in 2006.

FEC records do not show any donations by Weissman in the 2016 election cycle, according to CNN. There also are no FEC records for Aaron Zebley, who left WilmerHale to work on the Russia investigation.

“Republicans are delusional if they think the special counsel is going to be fair,” Gingrich tweeted. “Look who he is hiring. Check