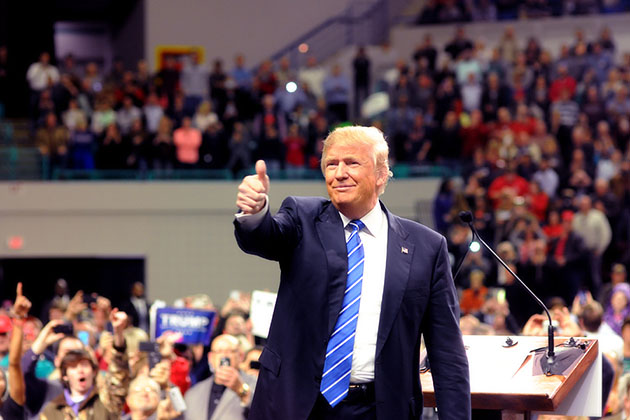 For the die-hard Trump supporter, polls don’t account for much, especially when the media drools over the president’s historic low approval ratings. Given the state of the Democratic Party, the lack of good quality candidates, and the absence of a message, it seemed as if anything could happen concerning the 2018 midterms. NBC News is reporting that in rural America, specifically the counties that helped Trump clinch victory over Hillary Clinton in 2016, his approval rating is at 50 percent:

President Donald Trump’s job approval rating in the American counties that fueled his 2016 victory stands at 50 percent, according to a new NBC News/Wall Street Journal poll of these “Trump counties.”

Fifty percent of adults in these counties — consisting of Republicans, Democrats and independents — approve of the president’s job performance (including 29 percent who strongly approve), while 46 percent disapprove (including 35 percent who do so strongly).

This is yet another instance in which a bucket of cold water was thrown on Democratic 2018 hopes. They’re focused on 23-24 districts that split for Hillary Clinton, but also a Republican House member. That’s fine, but there are at least a dozen Democratic districts that Trump won last year. The Democratic obstacles to their 2018 plans is being met with skepticism from everyone, including MSNBC’s Morning Joe who noticed the lack of a Democratic farm system for candidate recruitment. Then, The New York Times threw more wet blankets on the 2018 takeover hype, with the Georgia special election in its sixth congressional district, where Republican Karen Handel beat Democrat Jon Ossoff in the most expensive House race in history. Democratic turnout was the highest in a decade in the district, but it wasn’t enough to win. Second, this was a Republican district, though one not all that enthused with Trump; he won it by only a point. Hence, why Democrats thought this could be a test run for flipping other similar districts. It failed. So, while the Left can pat themselves on the back for doing better than ever before in these traditionally Republican districts, they’re still losers. Nate Cohn warned that the 2018 cycle could end up being an electorate that mirrors the 2016 election, which benefitted Republicans. The biggest punch to the gut for Democrats was Third Way’s analysis of the midterms, where they said, “Democrats still would not win the House even if they could get every single 2016 Clinton voter who backed a Republican House candidate to turn out again in 2018 and cross over.” That’s from a left-leaning think tank. Talk about not only being handed a wet towel, but being slapped with it.

If Democrats want to retake the House, they need to reach out to Trump voters, which is a key to their comeback, but something that is also never going to happen.

Trump's lousy national approval #s is that, tho accurate, haven't been evenly distributed. His #s have been solid in R states/districts