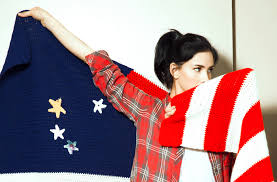 It’s amazing that someone as glib as Sarah Silverman can still be considered a comedian, but in any case, during the latest episode of I Love You, America With Sarah Silverman she described being triggered when people fly American flags — then comparing patriotic Americans to Nazis.

During her monologue on Nationalism, Silverman complained that she felt “scared” and “shaken” after seeing her former boyfriend hoist an American flag in his yard.

“I had a boyfriend many years ago, he was my first boyfriend who had his own house, and one day I went outside to see what he was doing, and he was hoisting an American flag up the flagpole in his front yard.  Click here to read more.