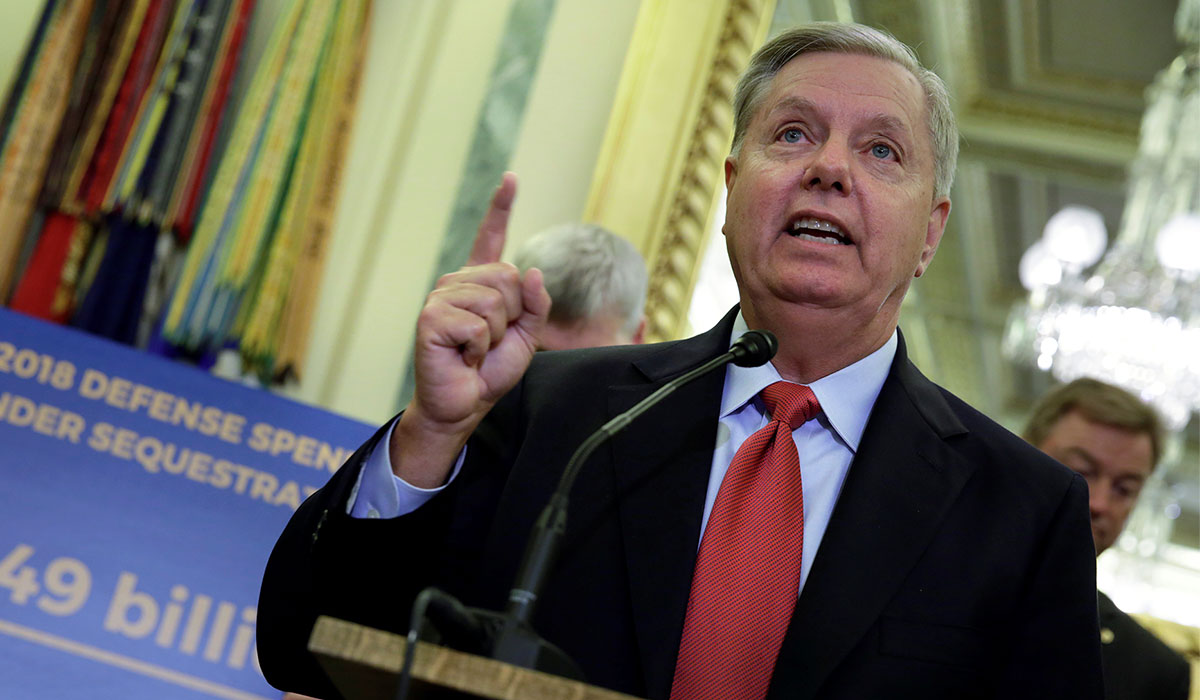 Co-sponsor Dean Heller (R-Nev.) said each state would decide how to use the money, whether it’s for their own version of Obamacare, a single-payer system or a different program.

But Sen. Rand Paul (R-Ky.) tweeted that he is a definite “no” vote:

“Graham/Cassidy keeps Obamacare and tells the states to run it. No thanks,” Paul tweeted on Monday. He also tweeted that “no conservative should vote for a rebranded trillion dollar spending program just because it adds some block grants.”

And finally: “Keeping 90% of Obamacare is not ok and it’s not what we ran on. Conservatives should say no,” Paul tweeted.

Sen. Johnson told CNN his plan is better than nothing. “I would just argue, you’re going to be facing a binary choice–leaving 100 percent of Obamacare in place or taking what we can get and then working with the governors long-term.”

Johnson said the Republican-sponsored bill will remove decisions from Washington and give states “significant latitude” over how the dollars are used to take care of their residents.

Senate Finance Committee Chairman Orrin Hatch (R-Utah) announced on Monday that he will hold a hearing on Monday, Sept. 25, at 10 a.m. to learn more about the Graham-Cassidy proposal.

“Senators have expressed a strong desire to examine the details of the Graham-Cassidy proposal through a public hearing,” Hatch said. “A hearing will allow members on both sides of the aisle to delve deeper into its policy and gain a better understanding of what the authors hope to achieve.”

Sen. Jeanne Shaheen (D-N.H.) called the Reublican bill “more of the same in a new package.”

She told CNN’s “New Day” she particularly objects to the elimination of the Medicaid expansion. She also said people with pre-existing conditions would pay more for their coverage — which costs more.

Sen.  Chuck Schumer (D-N.Y.) is leading a rally on Capitol Hill today (Tuesday) to denounce the latest version of what he calls “Trumpcare.”

Details of the bill are found here.