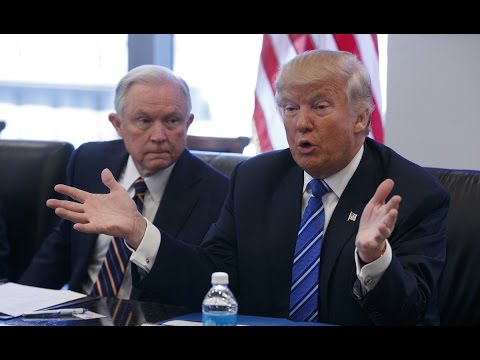 As cities and other jurisdictions apply for the fiscal year 2017 edition of the Edward Byrne Memorial Justice Assistance Grant Programs, commonly known as Byrne Grants, they not only, as previously demanded by Sessions’s DOJ, certify compliance with 18 USC §1371.

They also allow Department of Homeland Security (DHS) officers into any facility under that jurisdiction’s control to perform immigration status checks, and, when requested by DHS, inform federal authorities 48-hours before releasing any alien from custody.

18 USC §1371 is an important federal immigration statute that provides:

It is the Department of Justice’s position that §1371 is routinely ignored by so-called “sanctuary cities” in a effort to protect illegal aliens. The most notorious among those jurisdictions have submitted to the DOJ their opinions as to why this is not the case.

“So-called ‘sanctuary’ policies make all of us less safe because they intentionally undermine our laws and protect illegal aliens who have committed crimes,” Sessions said in an accompanying press release, continuing:

These policies also encourage illegal immigration and even human trafficking by perpetuating the lie that in certain cities, illegal aliens can live outside the law. This can have tragic consequences, like the 10 deaths we saw in San Antonio this weekend. As part of accomplishing the Department of Justice’s top priority of reducing violent crime, we must encourage these ‘sanctuary’ jurisdictions to change their policies and partner with federal law enforcement to remove criminals. From now on, the Department will only provide Byrne JAG grants to cities and states that comply with federal law, allow federal immigration access to detention facilities, and provide 48 hours notice before they release an illegal alien wanted by federal authorities. This is consistent with long-established cooperative principles among law enforcement agencies. This is what the American people should be able to expect from their cities and states, and these long overdue requirements will help us take down MS-13 and other violent transnational gangs, and make our country safer.

Justice Department efforts to enforce a wider crackdown on these sanctuary jurisdictions using President Donald Trump’s executive order authority have been entangled in litigation, despite a comprehensive memo by the Department seeking to define the exact extent of its enforcement aims.

The requirement to comply with §1371, however, is built into the legislation authorizing Byrne Grants, one of the DOJ’s signature programs to assist local law enforcement, authorizing the department’s plan without executive augmentation.