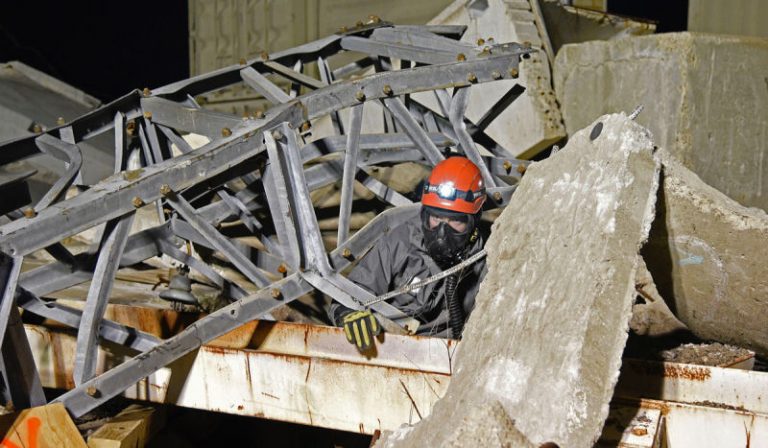 The Heritage Foundation’s documentary “33 Minutes” may not be the most cheerful holiday season film, but its warning to the American public about the risk of nuclear attack could not be more timely.

In recent months, North Korea’s missiles have grown in range and capability. The most recent missile it tested, the Hwasong-15, can reach anywhere in the continental United States. This is a deeply alarming development.

When the documentary was first released in 2007, and then updated in 2016, the idea of a North Korean intercontinental ballistic missile being able to reach the entire United States remained a fearful yet still unrealized possibility.

Now that North Korea has signaled its intention to continue developing long-range ballistic missiles capable of threatening the U.S. with nuclear warheads, it is all the more important for the Trump administration’s Ballistic Missile Defense Review to fund comprehensive missile defense.

The documentary’s title, “33 Minutes,” refers to the maximum amount of time the U.S. government would have to respond to an incoming intercontinental ballistic missile from anywhere in the world. Beyond showing this short response time, the film vividly depicts the threat of a nuclear attack and its destructive consequences.

The first and most well-known form of attack is the use of a nuclear weapon to physically destroy a major city like New York. The second is the use of such a weapon to generate an electromagnetic pulse.

The bomb that leveled much of central Hiroshima, Japan, in 1945 had an explosive yield of 15 kilotons. North Korea’s nuclear test in October was the equivalent of 250 kilotons of TNT.

As the film’s narration observes, the 9/11 terror attacks, which used commercial airliners as weapons, resulted in 3,000 deaths and $80 billion in damage. A nuclear bomb dropped on Manhattan would cause hundreds of thousands of casualties and trillions in damage.

The second major concern mentioned by the film is that of an electromagnetic pulse attack (EMP).

In this scenario, a nuclear bomb is detonated hundreds of miles above the United States, sending a wide-ranging burst of electromagnetic radiation. Within seconds, the nation’s electric grid and nearly everything powered by electricity—e.g. electronic devices such as telephones, internet service, electric power, car batteries, even airplane controls—could be disrupted or permanently damaged across the continental United States.

Experts disagree on just how destructive a nuclear electromagnetic pulse attack would be, since no state has ever tried it. What is clear is that the U.S. has taken few steps to proactively defend its electric grid from this kind of attack.

A comprehensive layered missile defense system is one of the best ways to protect the United States from a ballistic missile attack. In 2017, 71 percent of Americans said the threat of North Korea’s nuclear missiles should be taken very seriously, according to one Pew Research Center survey.

While the United States has steadily increased its number of ground-based midcourse interceptors and upped the number of naval ships equipped with missile interceptors, more needs to be done.

The United States has not pursued any serious boost-phase or space-based missile defense programs. It stopped the multiple kill vehicle program that would have made the current interceptors more efficient and effective.

As the Trump administration reviews U.S. missile defense policy, it has a precious opportunity to correct these flaws.

The documentary “33 Minutes” depicts the worst-case scenario for a nuclear missile attack launched against the United States. Keeping this scenario from becoming a reality depends, in part, on fully funding our missile defense apparatus and investing in advanced technologies that will help to protect Americans from the kind of devastation that we have thus far avoided.