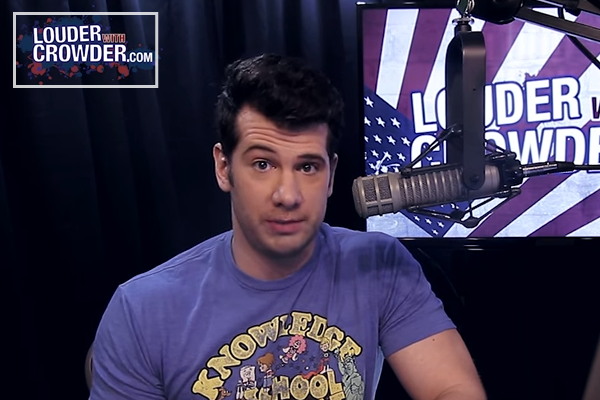 Comedian and social commentator Steven Crowder and his team recently went undercover in Antifa, and what they found is not shocking, but it is more conclusive evidence that Antifa is an insurgent, domestic terrorist organization working against the Constitution.

The eleven minute video, released Thursday, details an undercover operation helmed by Crowder and his associates. As far as infiltrating Antifa goes, it was far easier to gain trust than one might think. Patience was key to the infiltration, but once they were in, the information came in like a flood.

What was discovered is Antifa’s willingness and dedication to violence. One of the individuals caught on film discussed their ownership of various weapons, from assault rifles to shotguns. Another boasted of their ownership of a handgun. Beyond this, one of the organizers handed out an ice-pick and another discussed how everyone should buy knives from the army surplus stores.

The most horrifying part of the entire video, though, was the fact that news media would not take the footage despite police being there to corroborate the validity of the content. All-in-all, it appears Antifa is getting protection from the silence of the MSM, not to mention the endorsements.

Antifa must be declared a domestic terror organization. Watch the full video below: