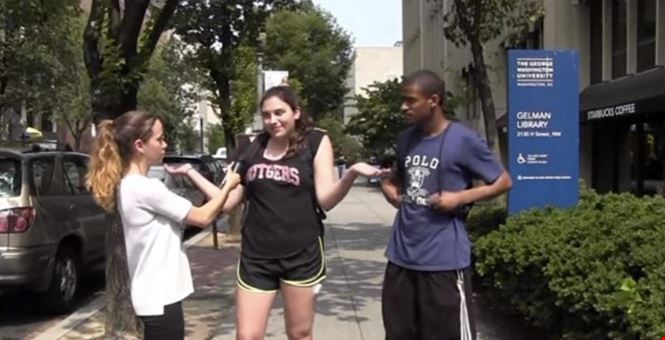 In a man-on-the-street style interview with Campus Reform, a number of Washington, D.C. students spoke positively about socialism.

Some students thought “people throw that word around to try and scare you, but if helping people is socialism, than I’m for it.”

Others said “it’s a good idea” and “could really benefit our country in the future.”

“Trying to spread the wealth is definitely a good thing in America and it’s definitely a thing that’s needed,” another responded.

One student even declared “we should have a standard of living for all people.”

The problem, however, is that when pressed to define it, the students had no idea what it is.

“Um,” was a common first response, with some admitting they needed to “think about that for a second.”

Another passionate student explained that “it’s definitely more of an open form of government and it feels like a lot more accessible to a lot more people.” But when she was asked what exactly that means, she admitted, “to be quite honest, I don’t know.”

This is quite disconcerting, as millennials have now surpassed baby boomers as the largest voting bloc in the country, according to population estimates released by the U.S. Census Bureau in 2016.

In an interview with Fox News’s Jesses Watters, Campus Reform’s media director Cabot Phillips explained we have former President Obama and college professors to blame for the reason millennials love socialism without know what it is.

“President Obama for eight years made mainstream this concept of spreading the wealth and he brought class warfare back,” he explained, “and also we’ve got liberal professors that are teaching a revisionist form of history.”