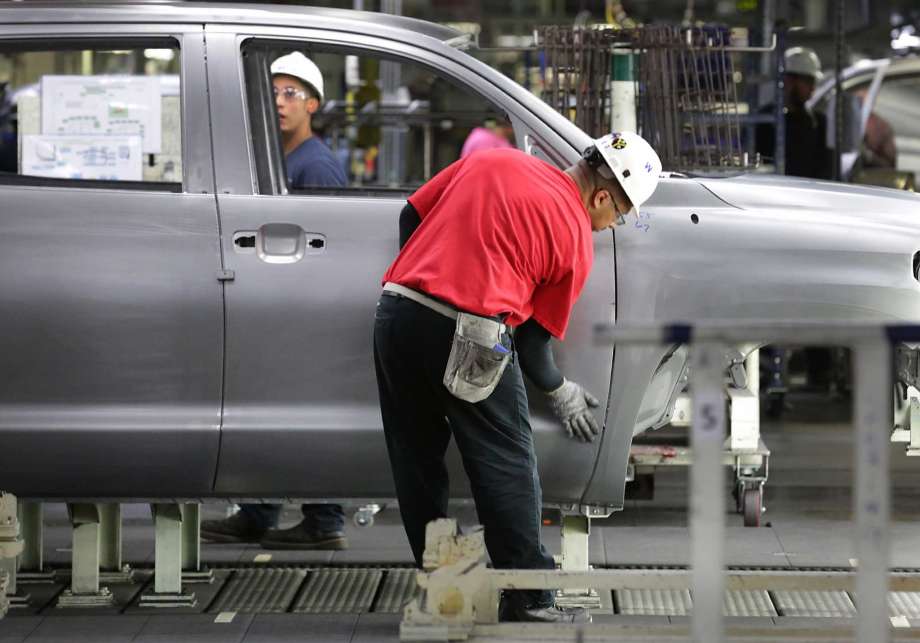 (CNSNews.com) – Texas, the nation’s second most populous state, had the fastest growing economy in the nation in the first quarter of this year with its state GDP growing at a real annual rate of 3.9 percent, according to data released today by the Bureau of Economic Analysis.

By contrast, California, the nation’s most populous state, ranked 42nd out of 50 states for first quarter economic growth, with its GDP growing at a real annual rate of just 0.1 percent.

Nebraska had the worst economic performance of any state in the first quarter, with its real GDP declining at an annual rate of 4.0 percent.

The Texas economy, according to BEA, was driven up by a boom in the mining sector and by a large increase in manufacturing. California’s economy was dragged down by the arts, entertainment and recreation sector; finance and insurance; retail trade; and agriculture, forestry, fishing and hunting. 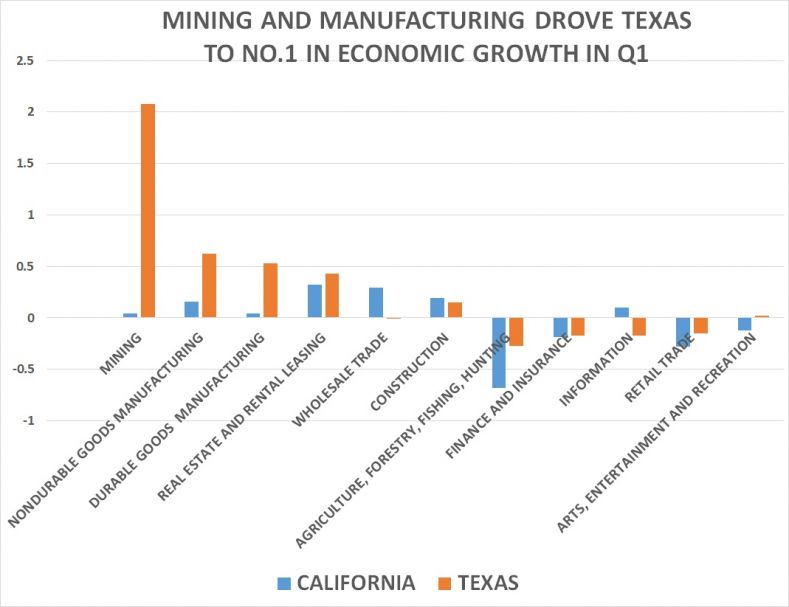 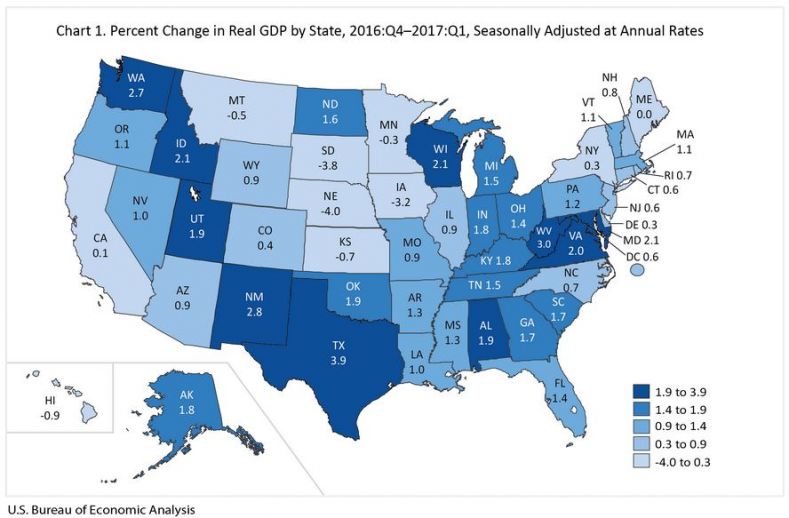 By contrast, California’s meager 0.1 percent growth was led by an 0.32-point contribution from the real estate and rental leasing sector.

“Mining grew 21.6 percent nationally,” the BEA said in the press release it put out with the state GDP numbers. “This industry contributed to growth in 48 states. It was the leading contributor to growth in Texas, West Virginia, and New Mexico—the three fastest growing states—which grew 3.9 percent, 3.0 percent, and 2.8 percent, respectively.”

“Durable-goods manufacturing grew 4.4 percent nationally,” said BEA. “This industry contributed to growth in 47 states and the District of Columbia. The largest contributions to growth occurred in Michigan and Kentucky; these states grew 1.5 percent and 1.8 percent, respectively.: