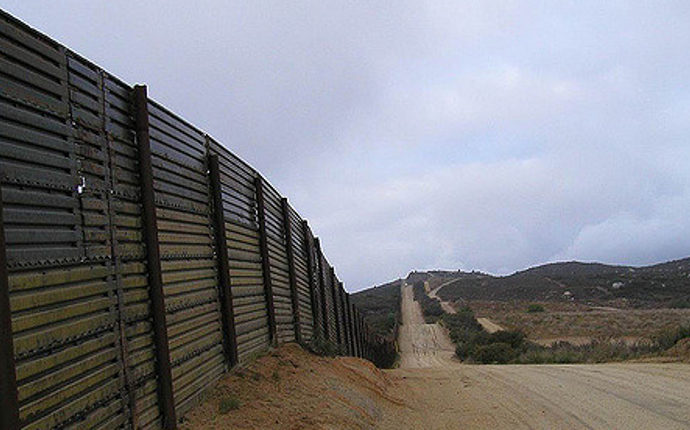 The announcement will take place sometime in the summer of this year, according to a U.S. Customs and Border Protection spokesperson. It will include four to eight designs for wall “prototypes” to be constructed in San Diego.

The exact date and details of the prototypes announcement have not been set, but is expected to be a major milestone for the president’s promised project.

Trump supporters will soon see for themselves exactly what the wall might look like after the contracts are awarded and constructions of the prototypes are completed.

The prototypes will allow officials to see and test the designs for themselves, according to the CBP, before making a decision on the final design for the planned wall on the Southern border.

It is unclear whether President Trump will be part of the public announcement of the prototype finalists. The White House did not respond to questions from Breitbart News about the president’s deliberations on the wall or the upcoming announcement on wall prototypes.

But some of the final designs may differ from Trump’s campaign vision of a solid wall made of “hardened concrete, rebar, and steel.”

The CBP proposal requests called for both a solid concrete wall and a see-through structure, but share the same goal of preventing illegal border crossings into the United States. Officials confirm that both types of structures may be included in the final prototype decision.

Some Trump supporters were frustrated after the administration failed to get funding for the wall in the FYI 2017 budget funding agreement, allowing Congressional Democrats to claim a key victory.
White House budget director Mick Mulvaney and White House press secretary Sean Spicer defended the administration’s progress, however, pointing out that they secured funding for “bollard” border structures, that would help prevent illegal border crossings. Department of Homeland Security Secretary John Kelly described the structures as a “see-through steel wall.”

Trump has also floated the idea of a wall covered with solar panels, suggesting that it might help the wall pay for itself.
The president’s FY2018 budget includes a $2.6 funding request for “a physical wall” on the Southern Border, but Congress has not approved it yet.

“We are absolutely dead serious about the wall,” Mulvaney said in May after releasing the budget proposal, calling it one of the president’s “top three” budget priorities.

While in office, the president has repeatedly updated the public about the wall, arguably his biggest campaign promise that his mostly loyal supporters are watching closely.

“The wall will be a great help and that will happen, believe me,” Trump said, after meeting with Republican congressional leaders in June.