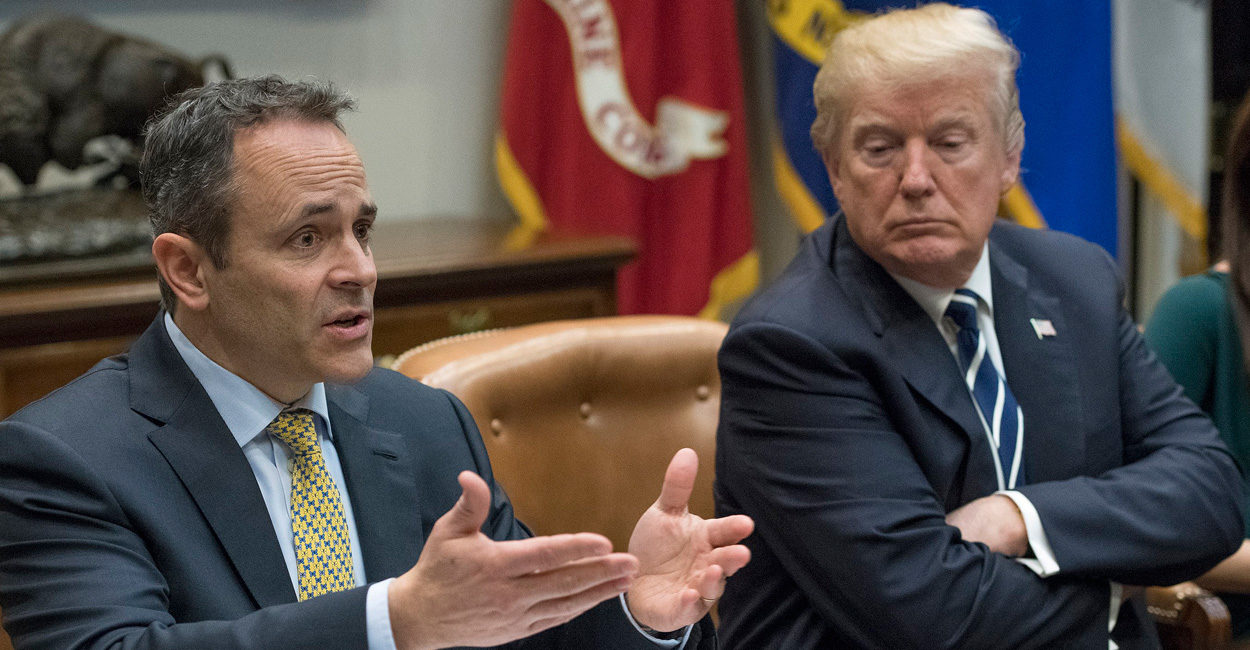 President Donald Trump has dedicated his administration to “law and order.” Perhaps keeping that in mind, ahead of his meeting with the president, Kansas Gov. Sam Brownback said prison reform isn’t soft on crime, but “smart on crime.”

Numerous states have enacted criminal justice laws to lighten penalties for non-violent offenders and help ex-prisoners transition into society to reduce recidivism. At the encourage of White House adviser and presidential son-in-law Jared Kushner, Trump is taking a national look at the matter.

Brownback, a Republican, said his state can offer a national example for what the country wants to do with the federal Bureau of Prisons, talking about two things that worked in Kansas.

“One is mentoring. Mentoring is critical. We’ve matched 7,500 prisoners who came out with a mentor on the outside. They’ve got to be matched,” Brownback told The Daily Signal outside the White House before the meeting with President Donald Trump and other governors Thursday about prison reform.

Brownback joined the Trump meeting in the Roosevelt Room with fellow Republican governors, Matt Bevin of Kentucky and Nathan Deal of Georgia. Both enacted similar policies to shift the focus to better integrate former prisoners for reentry to become productive and not return to crime.

“The second is to really engage their inside, their hopes, their dreams, their soul, that you can be better,” Brownback continued. “We have a lot of people [who] are generally faith-based that become involved in these programs. They mentor, but they also engage the person’s soul. Everything is voluntary. We’ve dropped the recidivism rate in half with mentoring and really engaging the soul.”

Reform the justice system to help focus on job training and rehabilitation for inmates about to be released has bipartisan support. Many conservatives back it, asserting fiscal success at the state level, while effectively reducing crime and recidivism. Also, liberals have long opposed overcrowded prisons and mandatory sentencing.

In Texas, crime dropped by 31 percent over the last decade, while incarceration has decreased by 21 percent over that time, with eight prisons closing even as the state’s population has sharply increased, noted Brooke Rollins, president of the Texas Public Policy Foundation, which founded the Right on Crime initiative.

“This is a big opportunity for the country,” Rollins told The Daily Signal before the meeting.

“Texas has closed eight prisons even while our population has exploded. These people are all nonviolent offenders,” Rollins continued. “We’ve done this through drug courts, mental health treatment, and probation to keep people out of prison and put people back to work.”

Trump told the gathering that the administration “is committed to helping inmates become productive law-abiding members of society” through job-training programs, mentoring, and drug addiction treatment.

“We’ll be discussing a number of opportunities to improve our prison system and promote public safety,” Trump said. “We can help break this vicious cycle.”

Trump added that rehabilitation and re-entry initiatives could be “a ladder of opportunity for the future.”

The policy is not at all contrary to law and order, said John Malcolm, head of the Institute for Constitutional Government at The Heritage Foundation.

“If you focus on the population that is going to be released from prison and is reentering society, you should want to reduce the risk they will go back to a life of crime,” Malcolm told The Daily Signal in a phone interview.

White House press secretary Sarah Huckabee Sanders said the number one topic at the meeting was reducing former inmates returning to crime. She also confirmed that Kushner was leading the effort.

“He’s hoping to lead that conversation and put stakeholders together from a number of different areas that have expertise on this matter,” Sanders said during the press briefing Thursday.

Bevin made an economic case.

“The workforce in America demands this, is begging for this,” Bevin said during the top of the meeting. “There are millions of jobs that need to be filled. ,,, We need them to become a functional part of our economic society.”

Sessions, who has made tough action a hallmark of the Justice Department, welcomed the ideas.

“Frankly we got a report late last year that the money isn’t being spent well,” Sessions said., speaking of the federal prison system.