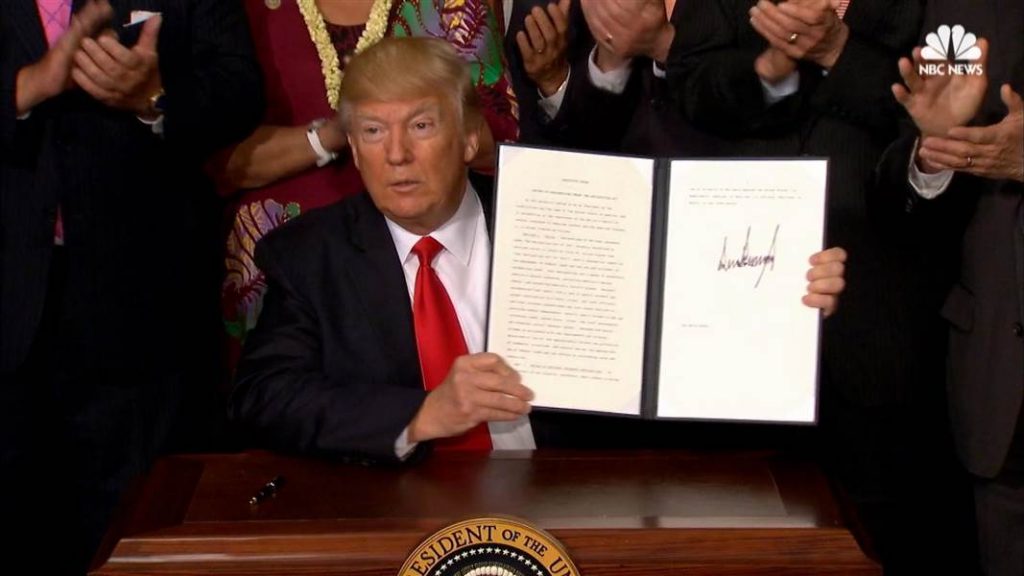 President Donald Trump is making one of the largest reductions to national monuments since Congress empowered the president to designate the monuments in 1906 under the Antiquities Act.

Trump announced at a speech in Utah Monday that he would cut back two of the state’s national monuments: Bears Ears and Grand Staircase Escalante.

The president’s Utah speech recounted the official result of a national monument review that began in April. Trump ordered Interior Secretary Ryan Zinke to review all national monuments created since 1996 with designations of more than 100,000 acres.

While other presidents have reduced national monuments before, the president’s authority to make such a move has never been challenged in court. A few groups have already announced their intention to sue to stop any reductions in national monument designations.

Trump called some Antiquities Act designations an “egregious abuse of federal power.” Zinke studied each national monument during the review to ensure that it protected “the smallest area compatible” with the historic sites and objects of interest. The secretary also judged whether a designation burdened local and industry interests more than necessary.

“No President should use the authority under the Antiquities Act to restrict public access, prevent hunting and fishing, burden private land, or eliminate traditional land uses, unless such action is needed to protect the object,” Zinke said in a statement after sending his recommendations to the White House.

Environmental and tribal groups were skeptical or outright critical of the Trump administration’s motives after the review was announced. The review was attacked as a sellout to industry and a rejection of Native American interests.

“With this review, the Trump Administration is walking into a legal, political and moral mine field,” Center for American Progress public lands director Kate Kelly told Reuters.

(By Time Pearce and First reported by the Daily Caller)  http://dailycaller.com/2017/12/04/trump-makes-a-massive-reduction-to-utahs-national-monuments/  (December 4, 2017)