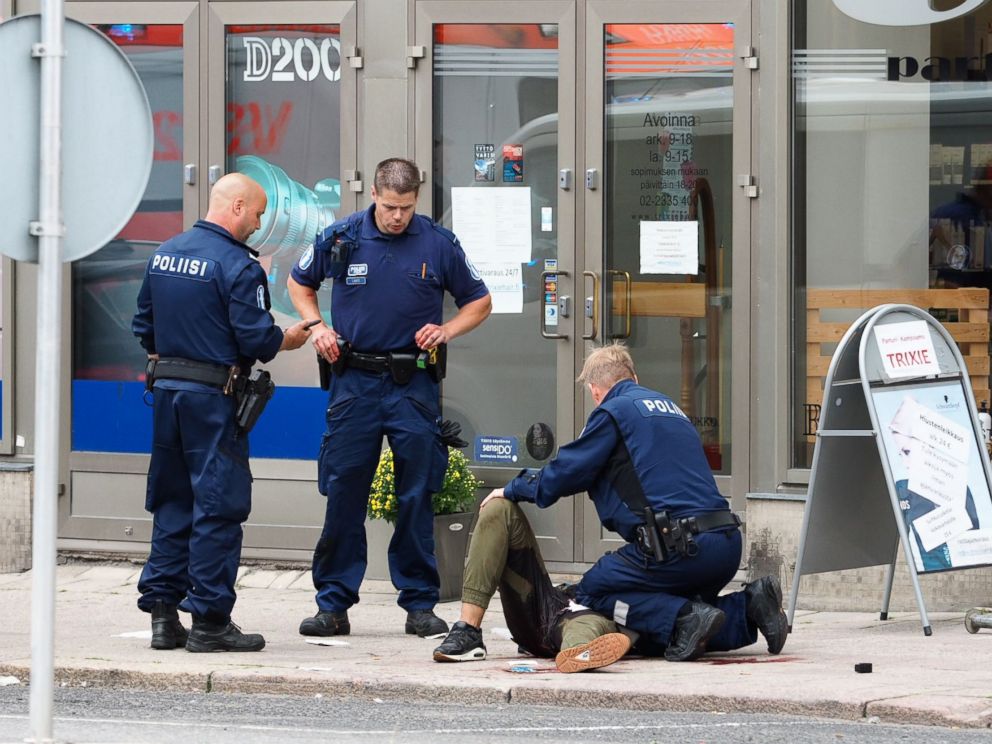 Police have shot a suspect after several people were stabbed in Turku, Finland on Friday.

Two people have been killed, reports Helsinki newspaper Helsingin Sanomat, after police used a firearm to stop a knifeman during an attack in the city of Turku, in the southwest of Finland. A manhunt is underway as police search for what they described as “more perpetrators” in the city, suggesting there may have been a brawl or even mass attack.

Passers-by working as a group are understood to have driven the attacker away while rendering aid to the victims.

A police press conference Friday evening after the attack confirmed two had been killed, eight injured, and that officers had hit the suspect in the thigh with a single shot.

Unverified images uploaded to the media sharing platform Snapchat claiming to have been taken at the scene show scenes of mayhem in the Finnish city, with blood running between the cobbles on the streets and a body covered in a sheet. Eyewitness accounts suggest there were shouts of “Allah Akbar” at the scene, but this has not been confirmed.

Reports by Finnish media Friday evening indicated eyewitnesses stating the attacker had a “foreign”, “dark skinned, but not black” appearance. Finnish police are reportedly scouring foreign traveller databases for the identity of the killer. 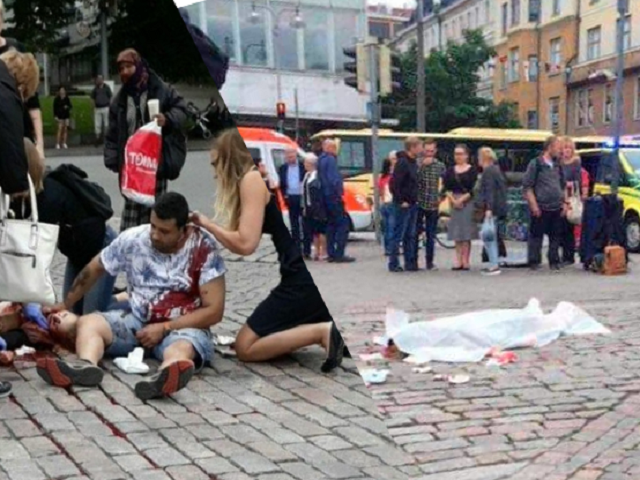 Several people were stabbed in Finnish city of #Turku, 1 person was arrested pic.twitter.com/yQKSuGBZSZ

Finnish police confirmed through Twitter that “several” people had been stabbed during the incident and that their officers had shot one person.

The police is searching for possible more perpetrators in Turku. People are asked to leave and avoid the center of Turku.

The local force has ordered people to avoid the city cenre until further notice, and officers are checking public transport leaving the city centre. Extra officers have been deployed to the airport and railway station.

The apparent attack comes just hours after a terror spree saw Spanish regional capital Barcelona locked down by police, with a suspected killer still on the run.