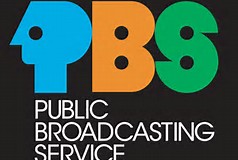 A filmmaking company that is funded by United States taxpayers has produced a documentary that is supportive of teens having sex-change procedures and surgeries.

In a press release about the film, ITVS describes it as a “moving and intimate story of a family in transition.”

Real Boy follows the journey of trans teen Bennett as he navigates adolescence, sobriety, and the physical and emotional ramifications of his changing gender identity. Through the process, his mother Suzy makes her own transformation — traveling a difficult road toward accepting that the daughter she raised is now her son Bennett. Filmed over the course of four years, Real Boy is a love story about a mother and son who rediscover connection with each other and find support from their communities, reminding us that families are not only given, but chosen.

CNSNews.com summarizes the funding for CPB, PBS and ITVS:
CPB received $3.643 billion in federal funding in the eight fiscal years from 2009 through 2016, according to Monthly Treasury Statements.
…
Under a unique funding system, Congress approves funding for CPB two fiscal years in advance. The fiscal 2017 funding bill the Republican-majority Congress approved last month included $445 million in funding for CPB for fiscal 2019.
…
PBS itself has received more than $235 million from CPB over the last five fiscal years on record (2011 through 2015), according to CPB’s 990 forms.
…
In addition to the federal funding it receives through CPB, ITVS also gets funding from the National Endowment for the Arts.

From 2003 through 2016, it received $1,485,000 in NEA grants to “support the selection, acquisition, and packaging of films for the public television series ‘Independent Lens,’” according to data published by the NEA.

However, President Donald Trump’s 2018 budget proposal would end federal funding for CPB and shut down the NEA.

In the documentary, Bennett says he is “literally a boy with the wrong body parts.” The film features interviews with his mother as well as clips of home movies.

One scene depicts Bennett in a bathroom Skyping with his friend as the two inject themselves with testosterone.

“Our testosterone shots are on the same day, Monday, and, so, we’re Skyping our injections,” Bennett narrates in the film.

“We booked our top surgeries for the same day, December 27th of this year, which is in like five months,” Bennett continues. “And his mom is paying for our airfare and our hotel and is going to come and take care of us, which is insane, because my mom wouldn’t.”

“[W]e meet Bennett as a joyful, happy child, but that changed as he grew older,” the press statement says. “Adolescence brought anger, substance abuse, and self-destructive behaviors. When Bennett began to share his true identity as male, he felt happier inside but faced resistance from his family.”

“Finding solace online with other teens facing the same issues, the aspiring musician is also taken under the wing of his idol Joe Stevens, a celebrated transgender musician fighting his own demons,” the statement continues.

Real Boy is directed and produced by Los Angeles-based Shaleece Haas. The media reference guide – provided in the press kit – is produced by LGBT activist organization GLAAD.
GLAAD urges media covering transgender stories to follow its “guidelines on name and pronoun usage and a list of defamatory and offensive terms to avoid.”

“It is inappropriate to ask a transgender person questions about their genitals or other surgeries they may have had,” GLAAD instructs. “Typically those questions are only asked out of prurient curiosity.”

GLAAD continues:
People are born babies and a doctor decides the sex based on a quick look at the external anatomy. But a transgender person’s gender is much more complicated than a simple glance at external anatomy can capture. One’s biology does not “trump” one’s gender identity, and oversimplifications like “born a man” seem to invalidate the current, authentic gender of the person you’re speaking about.

In a statement to CNSNews.com, Rep. Tom Cole (R-OK), chairman of the House Appropriations subcommittee that handles CPB funding, responded to a question about whether U.S. taxpayers should be “forced to pay for the production and broadcasting of Real Boy.”

The news report quotes Cole’s response:
“The Public Telecommunications Act of 1988 requires a limited amount of CPB funding go to an ‘independent production service,’ which is ITVS,” Cole responded. “The purpose of this requirement is to foster local, small, independent filmmakers who would not be able to get stories on national television through national networks.

“CPB does not have editorial control over the independent film topics, as that would be infringing on the exercise of free speech,” said Cole. “While I certainly do not agree with every opinion expressed or topic explored in the documentaries that have been funded through ITVS, I do believe we have to follow the law.

“While I personally do not agree with the decision to air Real Boy I also believe that local public television station managers should continue to exercise their own discretion in determining the most appropriate content for their particular viewing audiences,” said Cole.

The American College of Pediatricians asserts, “According to the DSM-V, as many as 98% of gender confused boys and 88% of gender confused girls eventually accept their biological sex after naturally passing through puberty, Conditioning children into believing that a lifetime of chemical and surgical impersonation of the opposite sex is normal and healthful is child abuse.”

Youth Trans Critical Professionals — a group of self-described “left-leaning, open-minded, and pro-gay rights” professionals say it is risky to affirm young people who claim to be transgender and provide them with hormonal and surgical treatments to change their bodies.

“Our concern is with medical transition for children and youth,” say Youth Trans Critical Professionals on their website. “We feel that unnecessary surgeries and/or hormonal treatments which have not been proven safe in the long-term represent significant risks for young people.”

The professionals express “alarm” that, because of the current trendiness of being transgendered, many young people have decided they are a member of the opposite sex simply as a result of “binges” on social media sites. They describe a process of transgender activists recruiting these young people for their “cult.”

“There is evidence that vulnerable young people are being actively recruited and coached on such sites to believe that they are trans,” the professionals say.