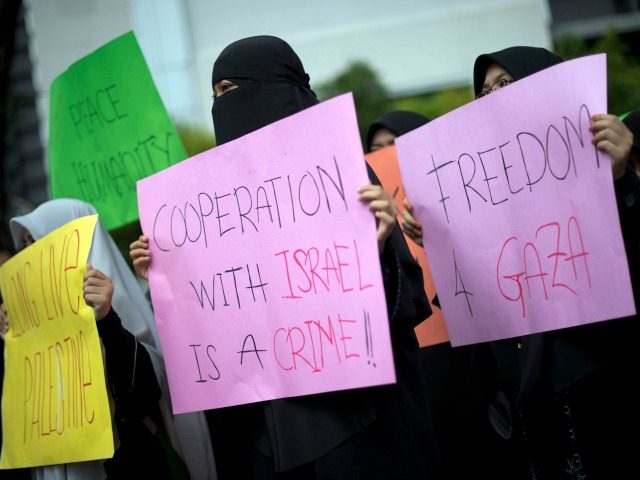 The Palestinian representative said that the overwhelming backing for the resolutions was a testament to international support for their cause.

Next month, the UN General Assembly is expected to affirm east Jerusalem’s status as “occupied territory,” call for international companies to boycott Israel and condemn Israel’s presence on the Golan Heights.

Nine drafted texts, of what will likely be a slate of 20 anti-Israel and pro-Palestinian resolutions, were overwhelmingly affirmed Friday in New York at a meeting of the Fourth Committee – also known as the Special Political and Decolonization Committee – which is made up of the 193 UN member states.

“The US continues to oppose the annual submission of a disproportionate number of unfair UN GA resolutions biased against Israel,” a United States representative told the committee, explaining that it is planning to oppose the texts.

“This one-sided approach damages the prospects for peace by undermining trust between parties and failing to create the kind of international environment critical to achieving peace,” the representative said.

“We are disappointed that despite support for reform, member states continue to single out Israel with these resolutions. As the US has made clear repeatedly this year, this dynamic is unacceptable,” the representative said.

He noted in particular that the resolutions condemned Israeli settlement activity but not Palestinian violence against Israel. The resolutions blame Israel for the situation in Gaza, but their only mention of Hamas praises the terror organization’s agreement with Fatah.

The US is actively working with Israel and the Palestinians to negotiate a conflict-ending peace agreement, but the cause of peace will only be served when the bias against Israel in the General Assembly ends, he said.

An Israeli representative similarly blasted the resolutions and the UN’s continued focus on Israel at the expense of “tragedy in Syria,” the instability in Lebanon and Iran’s sponsorship of terror in the region.

The Palestinian representative said that the overwhelming backing for the resolutions was a testament to international support for their cause.

“These are principled resolutions, not cynical resolutions, firmly rooted in respect for international law and human rights and reality,” she said.

“They barely portray the grim reality that is being endured by civilians living under occupation and deprived for decades of their rights. Far from being one-sided, these resolutions are a true reflection of the international consensus on these matters.”

Such texts contribute to a just, lasting and peaceful resolution and to say otherwise raises serious questions, she said. “Our hope remains and our appeals persist for the implementation of all of these resolutions.”

Iran suggested that rather than wasting the committee’s time by talking “nonsense” about other countries in the Middle East, the “illegal” Israeli representative would do better by heading to synagogue to repent for her “regime’s” sins including occupation and killing “innocent Palestinian children.”

The Syrian representative warned that Israel was cooperating with ISIS in the Syrian-controlled area of the Golan Heights and was thereby “violating Security Council resolutions” there.