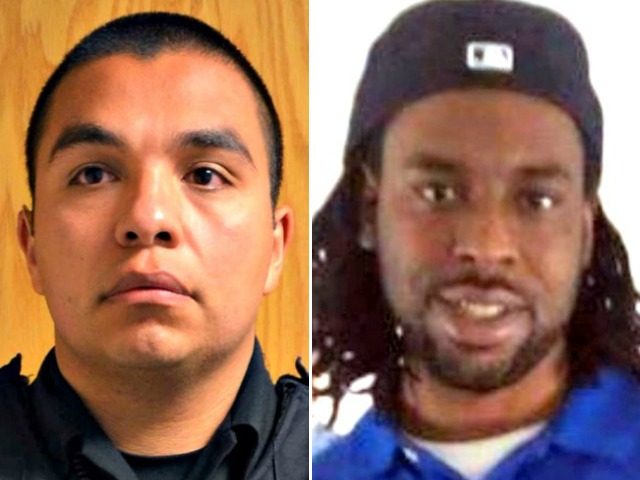 A Washington Post opinion piece published July 11 claims the NRA hurts itself by its unwavering support for police officers and other law enforcement officials.

The author of the column is a Washington Post blogger named Radley Balko. He uses the death of Philando Castille as a springboard for his piece, then turns to numerous other officer-involved shootings, all in an effort to make the case that police officers make mistakes and they need to be called out when they do.

The most immediate problem with Balko’s column is that the NRA did comment on the death of Castille, who was shot and killed by police on July 6, 2016. He was shot after telling Officer Jeronimo Yanez he was carrying a firearm, then reaching around toward his side. Twin Cities Pioneer Press reports that Castile’s girlfriend, Diamond Reynolds, was also in the car, and claimed Castille was only reaching to “[try] to unbuckle his seat belt so he could access his wallet and hand over the driver’s license.” However, Yanez interpreted the movement as Castille reaching for a gun and opened fire.

Days after the shooting, Politico reported that the NRA commented, saying, “The reports from Minnesota are troubling and must be thoroughly investigated, In the meantime, it is important for the NRA not to comment while the investigation is ongoing.” This appears to be a reasonable response in the middle of a hot summer where tensions and violence toward police were already at a tipping point under Barack Obama.

So the shooting went to trial with officer Yanez facing charges of “second-degree manslaughter” and “two counts of intentional discharge of a firearm that endangers safety.” He was acquitted on both charges.

The officer was charged, tried, and acquitted, so what should the NRA do?  Should the organization now level accusations that the trial was rigged, go on a full throttle attack against our justice system, and criticize police officers everywhere as untrustworthy and suspect?

These are serious questions. What is the NRA supposed to do about this?

Obviously, Washington Post blogger Radley Balko thinks the NRA must do something, yet at the same time he admits that the NRA used to say more about law enforcement, only to be “widely ridiculed” for doing it.

For example, Balko notes that the NRA’s Wayne LaPierre referred to Bill Clinton’s ATF as “jack-booted thugs,” and he quotes Dave Kopel–a scholar by any measure–to suggest LaPierre’s assessment was correct; that the “ATF of the 1990s was brutal, ruthless and dangerously unaccountable.” But nearly two decades after LaPierre made that comment, The Atlantic was still mocking him for it; still deriding his claim that that federal branch of law enforcement was, at the time, being given the “go-ahead to harass, intimidate, even murder law-abiding citizens.”

Maybe Balko should write a piece on how the left ought not attack LaPierre for speaking what he believes to be true if they really do, in fact, want him to speak up more frequently.