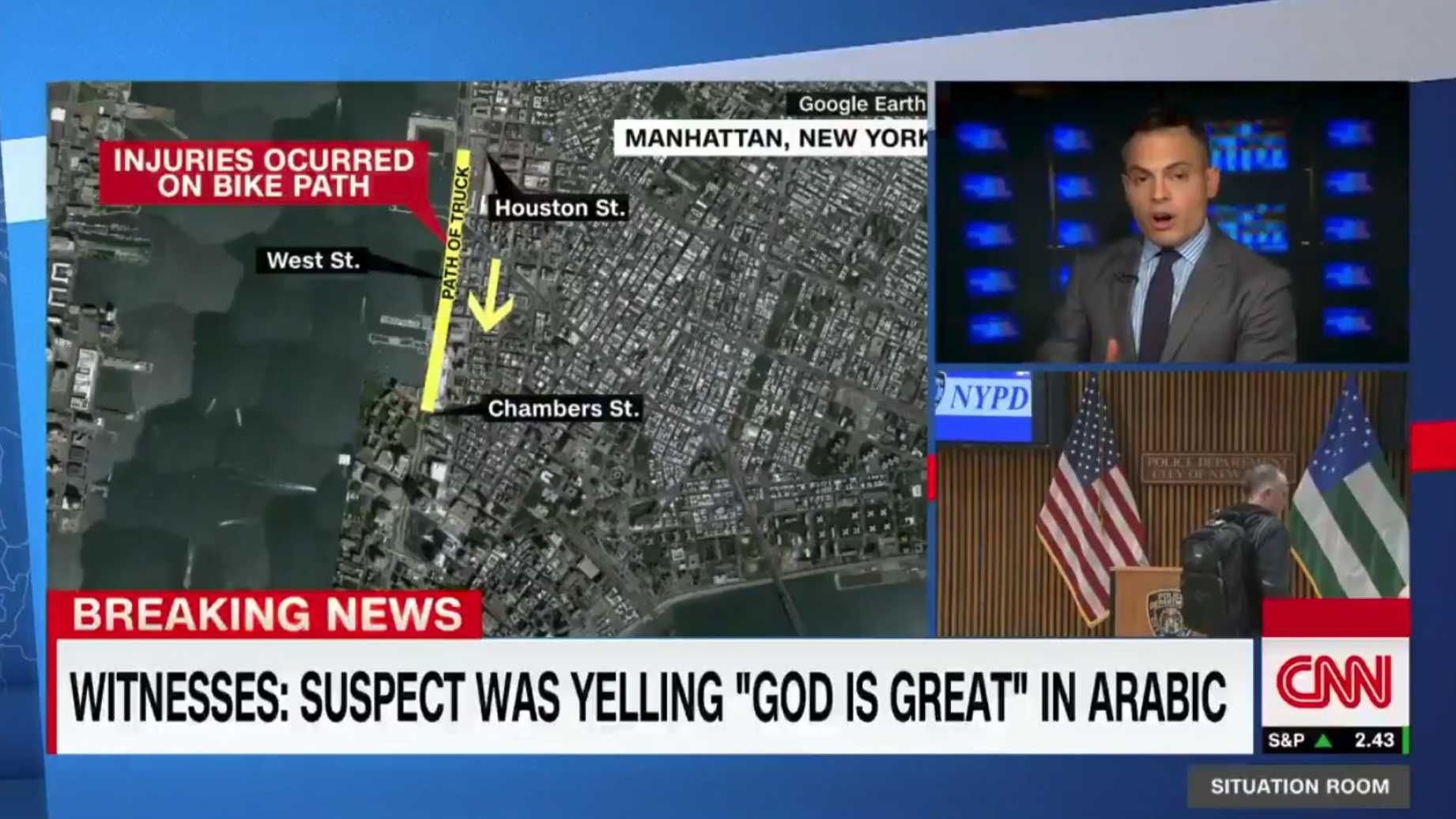 CNN falsely reported on Tuesday that the Islamic terrorist who attacked and murdered innocent civilians in New York City shouted, “God is Great,” instead of what he is alleged to have actually said: “Allahu Akbar.”

Sayfullo Saipov, 29, is the alleged terrorist who yelled “Allahu Akbar” — “God is greater” (superlative) and in Arabic — as he got out of his truck, after he ran over multiple pedestrians, the New York Post reported.

However, on CNN’s The Situation Room with host Wolf Blitzer, the left-leaning news network chose to distort what Saipov said — claiming on their banner that he said “God is Great” in Arabic.

Multiple law enforcement sources tell CNN that the incident in New York City is being investigated as terrorism https://t.co/ozdMAz0gY2 pic.twitter.com/IeyY1AprW9 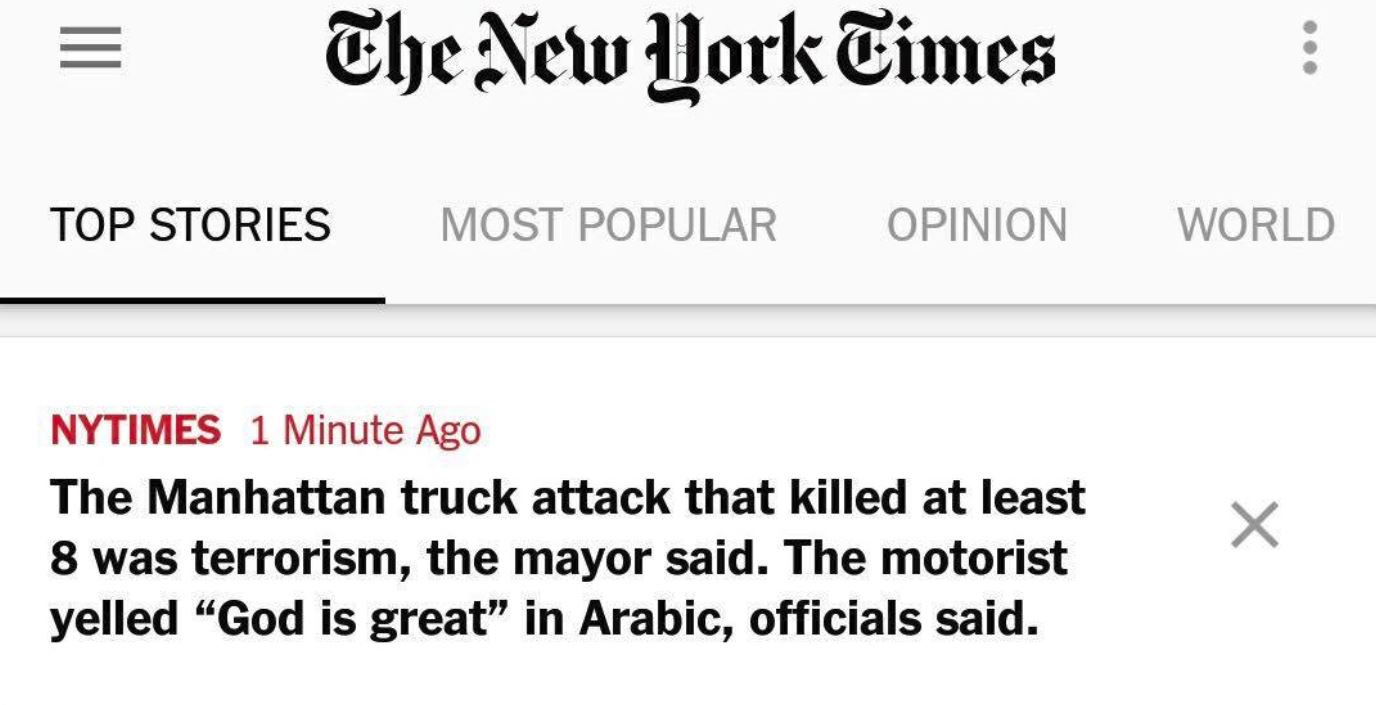 The Associated Press (AP) did the same thing in April when they falsely stated that a suspected Islamic terrorist also yelled “God Is Great.”

“Dyer has said Muhammad shouted ‘God is great!’ in Arabic while being arrested and had posted on social media that he dislikes white people. All three victims in Tuesday’s killings were white men, and Muhammad is black,” the AP reported.

Facebook also did their best to gloss over the fact that the attack was an Islamic terrorist attack just blocks away from the World Trade Center. The social media platform created a “Crisis Response” named “The Violent Incident in Manhattan, New York” for people to identify if they were safe or not.