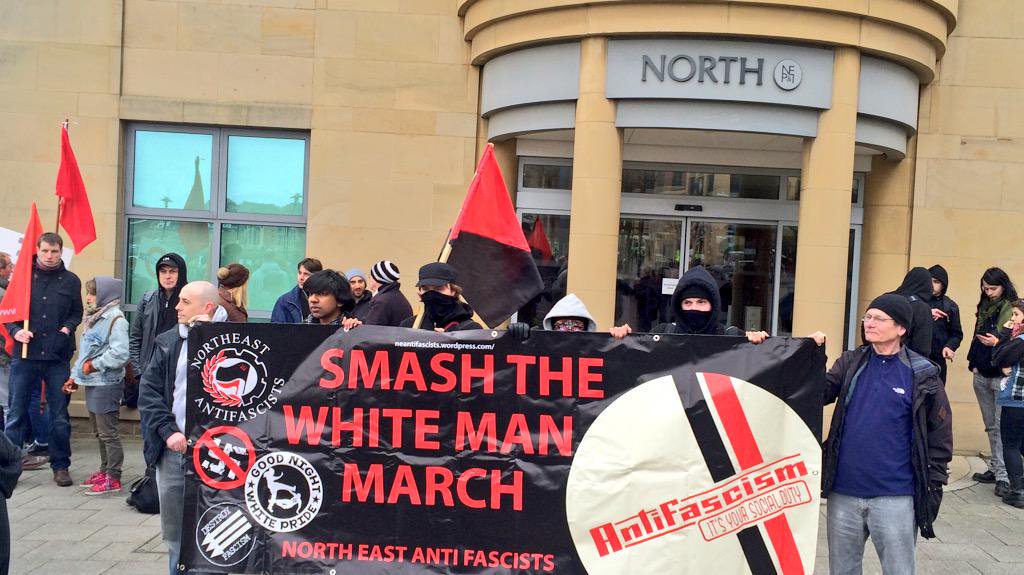 Apparently, as long as violent leftists label their victims “fascists,” they are free to set fires, smash windows and beat civilians bloody. No police officer will stop them. They have carte blanche to physically assault anyone they disapprove of, including Charles Murray, Heather Mac Donald, Ben Shapiro, me and Milo Yiannopoulos, as well as anyone who wanted to hear us speak.

Even far-left liberals like Evergreen State professor Bret Weinstein will be stripped of police protection solely because the mob called him a “racist.”

If the liberal shock troops deem local Republicans “Nazis” — because some of them support the duly elected Republican president — Portland will cancel the annual Rose Festival parade rather than allow any Trump supporters to march.

They’re all “fascists”! Ipso facto, the people cracking their skulls and smashing store windows are “anti-fascists,” or as they call themselves, “antifa.”

We have no way of knowing if the speakers at the Charlottesville “Unite the Right” rally last weekend were “Nazis,” “white supremacists” or passionate Civil War buffs, inasmuch as they weren’t allowed to speak. The Democratic governor shut the event down, despite a court order to let it proceed.

We have only visuals presented to us by the activist media, showing some participants with Nazi paraphernalia. But for all we know, the Nazi photos are as unrepresentative of the rally as that photo of the drowned Syrian child is of Europe’s migrant crisis. Was it 1 percent Nazi or 99 percent Nazi?

As the “Unite the Right” crowd was dispersing, they were forced by the police into the path of the peace-loving, rock-throwing, fire-spraying antifa. A far-left reporter for The New York Times, Sheryl Gay Stolberg, tweeted live from the event: “The hard left seemed as hate-filled as alt-right. I saw club-wielding ‘antifa’ beating white nationalists being led out of the park.”

That’s when protestor James Fields sped his car into a crowd of the counter-protesters, then immediately hit reverse, injuring dozens of people, and killing one woman, Heather Heyer.

This has been universally labeled “terrorism,” but we still don’t know whether Fields hit the gas accidentally, was in fear for his life or if he rammed the group intentionally and maliciously.

With any luck, we’ll unravel Fields’ motives faster than it took the Obama administration to discern the motives of a Muslim shouting “Allahu Akbar!” while gunning down soldiers at Fort Hood. (Six years.)

But so far, all we know is that Fields said he was “upset about black people” and wanted to kill as many as possible. On his Facebook page, he displayed a “White Power” poster and “liked” three organizations deemed “white separatist hate groups” by the Southern Poverty Law Center. A subsequent search of his home turned up bomb-making materials, ballistic vests, rifles, ammunition and a personal journal of combat tactics.

Actually, none of that is true. The paragraph above describes, down to the letter, what was known about Micah Xavier Johnson, the black man who murdered five Dallas cops a year ago during a Black Lives Matter demonstration. My sole alteration to the facts is reversing the words “black” and “white.”

President Obama held a news conference the next day to say it’s “very hard to untangle the motives.” The New York Times editorialized agnostically that many “possible motives will be ticked off for the killer.” (One motive kind of sticks out like a sore thumb to me.)

In certain cases, the media are quite willing to jump to conclusions. In others, they seem to need an inordinate amount of time to detect motives.

The media think they already know all there is to know about James Fields, but they also thought they knew all about the Duke lacrosse players, “gentle giant” Michael Brown and those alleged gang-rapists at the University of Virginia.

Waiting for facts is now the “Nazi” position.

Liberals have Republicans over a barrel because they used the word “racist.” The word is kryptonite, capable of turning the entire GOP and 99 percent of the “conservative media” into a panicky mass of cowardice.

This week, Mitt Romney and Sen. Marco Rubio (R-Fla.) — among others — instructed us that masked liberals hitting people with baseball bats are pure of heart — provided they first label the likes of Charles Murray or some housewife in a “MAGA” hat “fascists.”

Luckily, the week before opening fire on Republicans, critically injuring House Majority Whip Steve Scalise, Bernie Sanders-supporter James Hodgkinson had used the vital talisman, calling the GOP “fascist.” So you see, he wasn’t trying to commit mass murder! He was just fighting “Nazis.” Rubio and Romney will be expert witnesses.

And let’s recall the response of Hillary Clinton to the horrifying murder of five Dallas cops last year. The woman who ran against Trump displayed all the moral blindness currently being slanderously imputed to him.

In an interview on CNN about the slaughter that had taken place roughly 12 hours earlier, Hillary barely paused to acknowledge the five dead officers — much less condemn the shooting — before criticizing police for their “implicit bias” six times in about as many minutes.

What she really wanted to talk about were the two recent police shootings of black men in Baton Rouge and Minneapolis, refusing to contradict Minnesota Gov. Mark Dayton’s claim that the Minneapolis shooting was based on racism.

Officers in both cases were later found innocent of any wrongdoing. Either the left has had a really bad streak of luck on their police brutality cases, or bad cops are a lot rarer than they think.

Some people would not consider the mass murder of five white policemen by an anti-cop nut in the middle of a BLM protest a good jumping-off point for airing BLM’s delusional complaints about the police. It would be like responding to John Hinckley Jr.’s attempted murder of President Reagan by denouncing Jodie Foster for not dating him.

Or, to bring it back to Charlottesville, it would be as if Trump had responded by expounding on the kookiest positions of “Unite the Right” — just as Hillary’s response echoed the paranoid obsessions of the cop-killer. Trump would have quickly skipped over the dead girl and railed against black people, Jews and so on.

That is the precise analogy to what Hillary did as the bodies of five Dallas cops lay in the morgue.

Thank God Donald J. Trump is our president, and not Mitt Romney, not Marco Rubio and not that nasty woman.