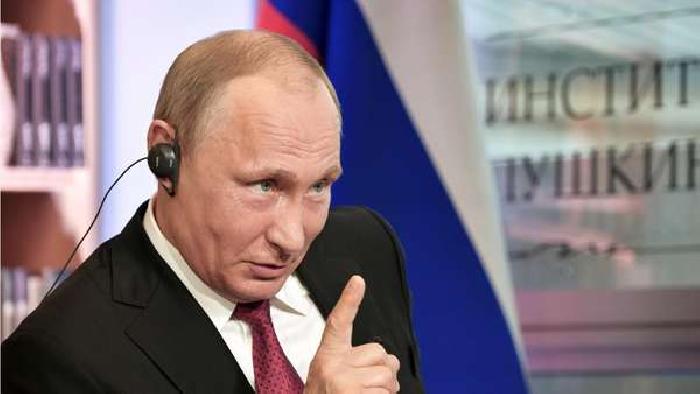 Based on this morning’s news of indictments and guilty pleas, did Robert Mueller’s special counsel probe into Russia’s 2016 election interference just accelerate or decelerate?  Actors on both sides of the partisan divide are already offering diametrically opposed answers to that question, but the truth is that only Mueller and his team have any real insight into how the bigger picture is shaping up — if there is a bigger picture all.  Some initial thoughts, as we attempt to reset our understanding of this story, using new information:

(1) On its face, the federal charges against former Trump campaign manager Paul Manafort and his associate once again reflect quite poorly on Team Trump’s competence and judgment; Manafort was tainted from the get-go yet was brought aboard to chair the campaign, later getting forced out amid controversy.  Malpractice.  As far as the new indictments go, however, the alleged criminality revealed today was not related to the campaign.  The government’s allegations against Manafort and Rick Gates pertain to money laundering, violations of the Foreign Agents Registration Act (FARA), and misleading investigators.  The underlying crimes appear to have taken place between 2006 and 2014, long before Donald Trump was even a candidate for office.  On CBSN this morning, journalist Ryan Grim made the point that the White House may see today’s developments as something of a victory, noting that the contents of these indictments are “not even close” to proving collusion between the Russian government and the Trump campaign:

Indictment not even close to saying Trump admin. & Putin colluded, but could get Manafort to lead investigators in that direction, Grim says pic.twitter.com/XaMCuCQdnT

This seems right to me, but does it mean that Trump and company are nearly out of the woods?  Not necessarily.  Remember, Mueller’s authority allows him to prosecute any crimes he may run cross while probing the larger issue of Moscow’s interference.  If these charges are being filed and exploited to hang over Manafort and Gates’ heads in pursuit of uglier collusion-related dirt, the White House’s headaches may just be getting started.  “It’s all about leverage,” Alan Dershowitz reasons, and that’s definitely the administration’s fear here.  But if this is the extent of what Mueller has, and if there isn’t much ugly collusion-related dirt to dig up, the fallout from this scandal could end up being quite contained.  Which scenario is more likely?  Your guess is as good as mine, but Manafort’s selection of legal counsel to represent him may provide a clue.  If he’s gearing up for a big money-laundering defense push (as opposed to tackling something much broader), this is the type of person he’d hire. Regardless, I’d argue that having your campaign chairman — who ran your nominating convention — arrested and charged with 12 federal counts can’t credibly be dressed up as a “win.”  Meanwhile, are more FARA charges (think Michael Flynn, or even some Democratic players — see update below) in the pipeline?  Stay tuned.

(2) Perhaps today’s more significant piece of news is the emergence of a guilty plea from a former Trump campaign aide/volunteer named George Papadopoulos.  He now admits to lying to investigators about his role in pursuing anti-Clinton information from a source he believed to have high-level ties to the Russian government, “in the form of ‘thousands of emails'” (the DNC hack springs to mind):

One of the false statements Trump foreign policy adviser George Papadopolous made to the FBI and plead guilty to –> pic.twitter.com/lCGCjTiiNE

Significantly, Papadopolous is now a cooperating witness, which raises the crucial question of how significant his role was within Trumpworld, and what sort of evidence he may be able to offer Mueller.  In essence, who was this guy?  A low-level player with little juice, desperate to make a splash (it’s reading that way to some impartial observers)?  Or a quasi-sanctioned conduit between Trump’s senior orbit and the Kremlin?  Papadopolous’ guilty plea doesn’t come out of nowhere, mind you; we’ve known his name for months.  After he was arrested over the summer, the Washington Post reported that based on a review of documents, the young aide “appeared to hold little sway within the campaign.”  We also wrote about Papadopolous’ apparent efforts to broker meetings in Russia for Trump and top campaign officials — which were met with concern and resistance, then rebuffed:

Papadopoulos, a campaign volunteer with scant foreign policy experience, persisted. Between March and September, the self-described energy consultant sent at least a half-dozen requests for Trump, as he turned from primary candidate to party nominee, or for members of his team to meet with Russian officials. Among those to express concern about the effort was then-campaign chairman Paul Manafort, who rejected in May 2016 a proposal from Papadopoulos for Trump to do so…On March 24, [Sam] Clovis, the campaign co-chairman who also served on the foreign policy team, reacted to one proposed Russia meeting by writing, “We thought we probably should not go forward with any meeting with the Russians until we have had occasion to sit with our NATO allies.” In the same email chain, [Charles] Kubic, the retired admiral, reminded others about legal restrictions on meetings with certain Russian officials, adding, “Just want to make sure that no one on the team outruns their headlights and embarrasses the campaign.”

That looks fairly exculpatory, but we also learned today that an unnamed supervisor “encouraged” Papadopolous to try to make the Russia trip himself, with campaign officials suggesting that any contacts with Russians should be handled by “low level” aides “so as to not send any signal” to Moscow.  Those details could be interpreted as machinations to collude, with plausible deniability for Trumpworld’s upper echelon.  They could also be seen as senior campaign figures having vitally no interest in meeting with Russians, pawning off the whole issue onto an over-eager underling.  Also, think about it: If Paul Manafort, the campaign chairman, had serious ties to pro-Putin forces (he did), why would the campaign need a tiny, unreliable figure like Papadopolous to do legwork on anything this sensitive and potentially incriminating?  Plus, as Allahpundit points out, it’s entirely possible that the “low level” footnote was actually a reference to declining meetings with Russians.  Separate question: Why would Mueller allow the Papadopolous details to emerge today, given their lack of connection to the Manafort and Gates indictments?  Nate Silver’s theory seems like a reasonable guess:

Ah, but this presents yet another political Rorschach test: Mueller could be sending a signal that this is all connected, and there’s much more to come.  Or he may simply want to remind people that even though the Manafort charges aren’t really tied to ‘Russiagate,’ his investigation hasn’t lost sight of its central charge.  Choose your own adventure.

(3) My Twitter feed is clogged with narrative-invested actors confidently explaining which elements of the Russia story are “real,” and which are cynical distractions, designed to muddy the waters.  I see Democrats and anti-Trump figures declaring that all questions regarding Fusion GPS, the dossier, and the Uranium One story are bogus, irrelevant ploys.  I also see Trump loyalists and Republicans pretending that the only relevant Russia collusion details implicate Democrats, and everything else is a smokescreen to damage Trump.  I’m not sure what the truth is, but I’m not inclined to bite on either narrative.  Democrats lied about their connection to an anti-Trump dossier, which (a) featured unverified gossip, (b) was compiled by a foreign ex-spy, who (c) leaned on sketchy Russian sources to provide unsubstantiated and salacious accusations.  Democrats paid for it, hiding the money trail by funneling those dollars through a law firm. Democratic deflections and loud instances that there’s nothing to see here — coupled with their aggressive interference plays on behalf of Fusion GPS and misleading claims that GOP sources funded the dossier — raise reg flags.  And the Uranium One racket has always stunk to high heaven.

On the other side of the ledger, Robert Mueller’s Russia investigation has now resulted in federal charges for two former Trump campaign leaders.  A junior aide also lied to authorities about his contacts with Russian emissaries.  Plus, let’s not forget the fact that Donald Trump, Jr. took a meeting with a Russian national (along with Manafort and Jared Kushner), the advertised purpose of which was to glean unflattering information about Hillary Clinton and the DNC.  That does not all add up to “nothing.”  I wouldn’t be stunned if today’s arrests and revelations turn out to be the tip of an iceberg that could sink the Trump presidency.  I similarly wouldn’t be stunned if there’s not much “there” there, and all the media hyperventilation regarding collusion ends up fizzling.  My mind is open because the facts remain murky.  But I’ll repeat what I’ve said consistently: The Russia matter demands a full, thorough, unsparing accounting — a process that may create discomfort on both sides of the aisle.  If that’s the case, so be it.

(4) Finally, a word on Mr. Mueller.  While I understand the reasons behind the Wall Street Journal’s call for his resignation, I can’t agree.  Mueller spent a lifetime earning a sterling reputation for fact-following independence, which is precisely what is needed vis-a-vis Russia.  Yes, it’s fair for Republicans to be wary of his team’s Democratic leanings, and to remain cognizant of both his friendship with James Comey and his institutional loyalty to the FBI, which he led for years.  The Bureau’s handling of the DNC hack (they never gained access to the servers) and the Trump dossier (they reportedly paid Christopher Steele to continue his oppo research on Trump, then pulled the plug when that fact became public) are bizarre and suspicious.  Mueller must seek answers on these fronts, and those answers may turn out as embarrassing to his beloved agency.  That may be unpleasant work, but is there any evidence to suggest that Mueller is incapable of that sort of professional compartmentalization?

As for cries that Mueller is engaged in a partisan “witch hunt” against Trump, many of the people leveling that attack were also excitedly touting reports last week that the Podesta Group — a Democratic firm co-founded by Hillary Clinton’s campaign chairman and President Obama’s former chief of staff — is now a subject of the Special Counsel probe.  This twist suggests Mueller has been casting his net without any partisan agenda, and that some Democrats in Washington may be sweating these days.  John Podesta’s brother just fell on his sword, perhaps seeing the writing on the wall.  Preemptive character assassination against a serious-minded patriot with impeccable investigative credentials looks a lot like reactionary desperation.  Let the man pursue the evidence, then wait and see where the chips fall:

I said it when he was appointed. I say it now. I respect Mueller. He's not political. Ppl r innocent til proven guilty. Let the process work

UPDATE – According to NBC News, one of the unnamed US firms mentioned in the Manafort indictment is, in fact, the Podesta Group:

Who are the companies mentioned in Gates/Manafort indictment? Podesta Group and Mercury Public Affairs, per @NBCNews https://t.co/A2BRu4S5c4