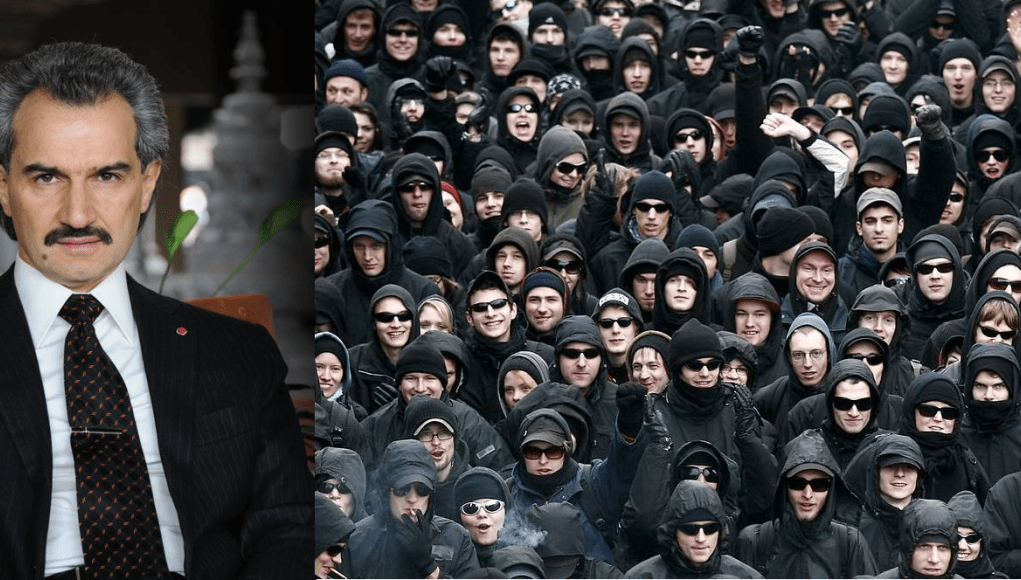 George Soros is the favorite boogieman behind anything anti-American or anti-freedom.  But the reality is, not even a billionaire can single handedly bring down our country.  Truth is it takes many of these left leaning, elitist, billionaires to pull it off.

If you think back to last month, November 4th was to be the big day that Antifa was to launch their major effort to overthrow our legitimate President.  What was to be a major storm turned out to be nothing more than a little drizzle.  In fact, if you think about it, not much has been from Antifa in the past month.

Although correlation does not equal causation, there may be a plausible explanation – Billionaire investor Prince Alwaleed bin Talal. Alwaleed is considered the Warren Buffett of the Middle East and a major stock holder in Twitter, Citibank, MGM, CNN and the Huffpost. He has been long time left wing activist and was instrumental in getting a then young, Barry Obama into Harvard. Alwaleed even circulated a memo offering to match any donations made to the terrorist organization CAIR.

Well back to the big November 4th firestorm from Antifa. On November 5th, Alwaleed was arrested under a new decree by Saudi King Salman to clean up corruption in the Saudi Kingdom.

Alwaleed is charged with money laundering, bribery, extortion, and embezzlement. The Prince is complaining about the hardships of prison life, which is a suite, under armed guard at the Ritz Carlton in Reyaud. Alwaleed owns the Four Seasons and would rather suffer his confinement there.

So the billion dollar question is: Was Antifa being funded by Alwaleed, and did his arrest on November 5th cut off the funds to Antifa resulting in their near disappearance?

It is a disturbing coincidence that we will continue to watch and report on.