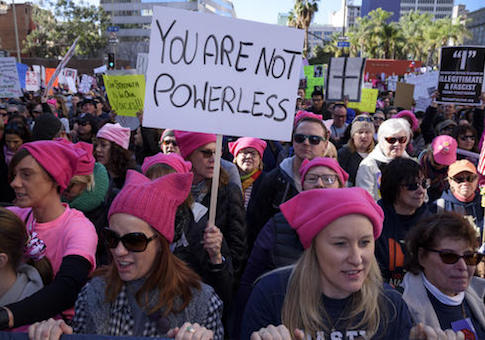 In 1977, Assata Shakur (formerly known as Joanne Chesimard) was convicted of the murder of New Jersey State Trooper Werner Foester. Two years later, she escaped from prison, and in 1984, she fled to Cuba, where she lives today. She was the first woman ever placed on the FBI’s Most Wanted Terrorists list, and the FBI considers Shakur to be a domestic terrorist.

So, needless to say, the Women’s March decided to post a tweet honoring her on her birthday, Monday, July 17. The official Women’s March account sent out a tweet featuring a drawing of Shakur, captioned with “A woman’s place is in the struggle.” The tweet also referred to Shakur as a “revolutionary,” and posted the image in her “honor.”

The Women’s March has been posting a different “Sign of Resistance” each day, focusing on a different political point.

Cuba has repeatedly denied requests to extradite Shakur back to the United States.

As the Washington Free Beacon’s Alex Griswold pointed out, this is actually the second convicted terrorist that has been praised by the Women’s March since the movement’s inception less than a year ago.

Hypothetical: imagine that in the early months of the Tea Party's existence, they publicly celebrated two convicted terrorists.

Honestly, it’s not a good look for an organization to be praising a convicted cop-killer who has somehow worked her way into being a left-wing cause celebrate.