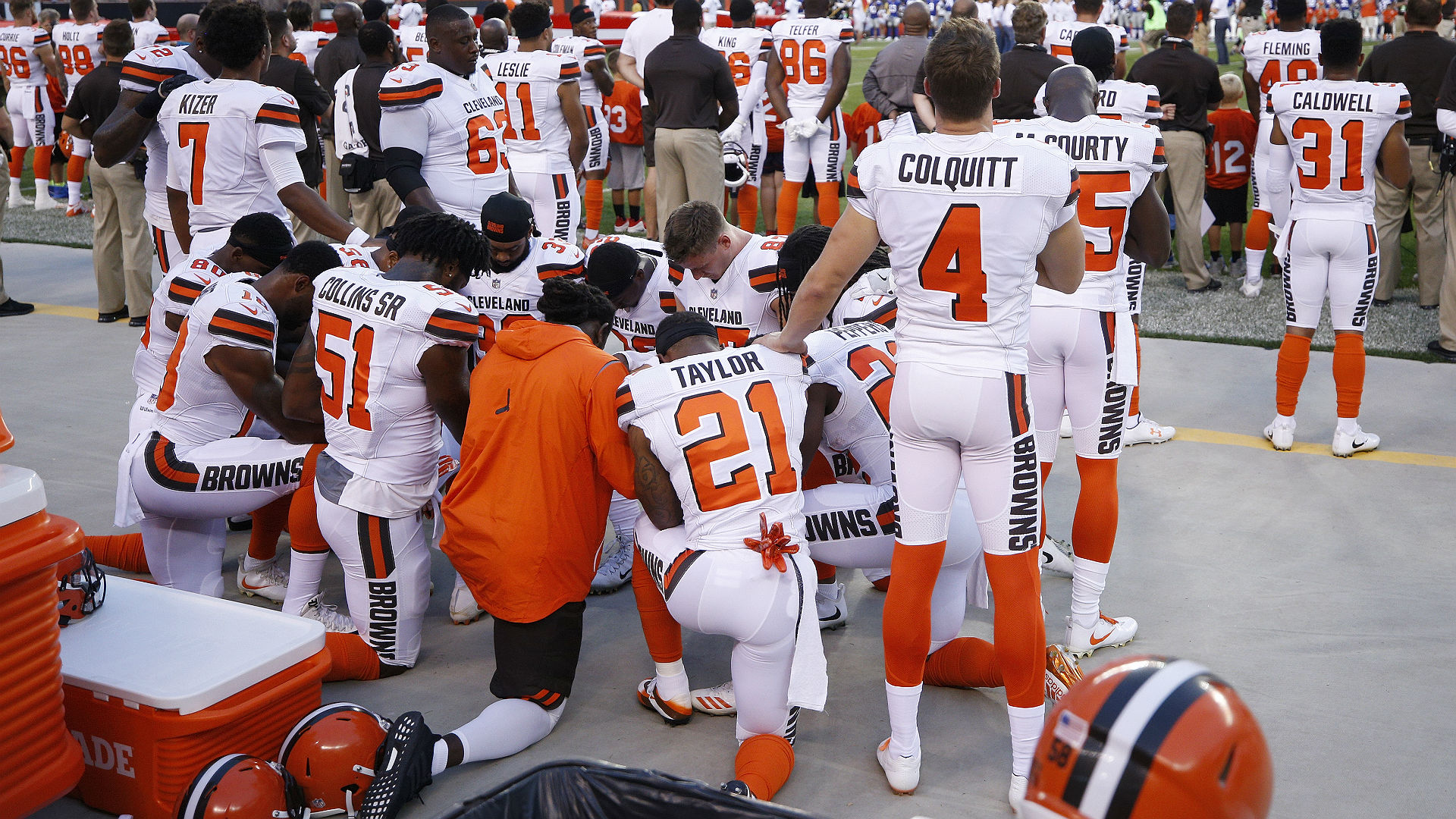 Several Cleveland Browns players chose not to stand for the national anthem last week. As a result of their disrespect, the Cleveland police union informed the team that they will have to find someone else to hold the American flag at their next game.

“It’s just ignorant for someone to do that,” Cleveland Police Patrolmen’s Association President Steve Loomis said. “It just defies logic to me. The fact that management was aware of what they planned on doing, that’s as offensive as it can get.”

A spokesman for the Browns, however, defended the players’ actions as a “freedom of personal expression.”

“As an organization, we have a profound respect for our country’s National Anthem, flag and the servicemen and servicewomen in the United States and abroad,” a Browns spokesman said in a statement at halftime. “We feel it’s important for our team to join in this great tradition and special moment of recognition, at the same time we also respect the great liberties afforded by our country, including the freedom of personal expression.”

Colin Kaepernick was the first NFL player to start the kneeling controversy last summer. In game after game, he refused to stand for the anthem because, he later explained to journalists, he was protesting police brutality. Fans booed Kaepernick mercilessly for his behavior. Yet, other players joined his protest, however. San Francisco 49er Eric Reid plans to continue kneeling all through the 2017-18 season. He, Kaepernick, and other protesting football players are not “anti-police” he insisted. The criticism is a “small sacrifice to pay” to raise awareness.

The political statement cost the NFL a whole lot of viewers. It turns out they just wanted to watch football.