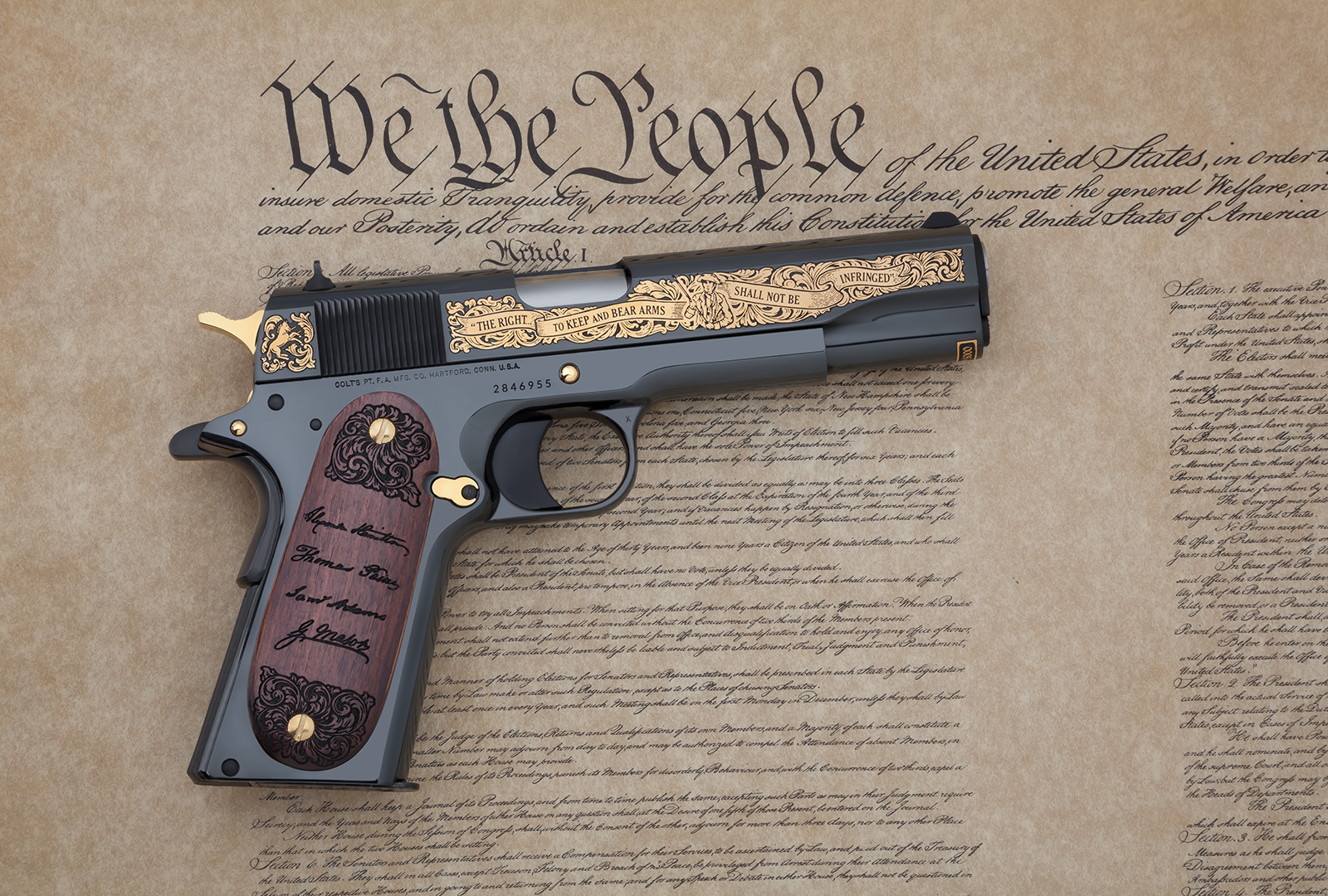 In the wake of the horrific mass murder in Las Vegas over the weekend, there have been increasingly louder calls for “commonsense gun control.” The notion even has a hashtag on Twitter. When looking through the tweets and other calls, one thing continually comes to mind. If the constitutionally guaranteed right to keep and bear arms can be “controlled” in a “commonsense” manner, what other rights should get the same treatment?

The Left either fundamentally misunderstands why the Founders enshrined the right to bear arms in the Constitution, or they understand it and purposefully mislead others. Either way, a huge number of people do not know that the reason for the Second Amendment is not for hunting or to protect oneself in one’s home. The real reason was clear to the Founders, who had just fought a war for independence. The right to bear arms was enshrined so that it would act as a check on the government, so that the government would fear the populace and would refrain from becoming tyrannical.

When you explain that to people who scream for “commonsense gun control,” it is so far from the worldview they have been taught that they think the notion “extreme.” It is not. The Second Amendment ensures the existence of the other nine amendments in the Bill of Rights.

When you ask these same well-meaning people to explain which other rights granted by God, enshrined in the Constitution, should be “reformed” or “controlled,” they argue that is a slippery slope and nothing of the sort could happen. Is that really the case?

The government is already restricting many of the rights enshrined in the Constitution, often as the result of legislation gleefully supported by the Left and other statists.

The First Amendment wasn’t enacted to ensure the rights of pornographers, television producers, and recording artists to say what they want, when they want. But yes, it covers those people. The right to free speech and a free press was enacted to ensure that the political voice of the American people would not be silenced. The founders knew that an informed citizenry is essential to the survival of the republic. But political speech and journalism are exactly what the Left wants to see regulated. In the name of “common sense,” of course.

Campaign finance “reform,” at its heart, is a limit on free speech. The courts have been systematically chipping away at campaign finance regulations because they unconstitutionally limit speech. Instead of increasing the freedom of speech, the Left’s response has been to propose new restrictions — like a constitutional amendment to overturn the Citizens United decision. In reality, the same Citizens United decision has actually led to more robust elections.

More First Amendment “commonsense” reform: The Left, in particular Dianne Feinstein, suggested that only “real journalists” should have protections against prosecution. In essence, she wanted the government to decide who was and wasn’t a “real journalist.” Because you couldn’t have those pesky citizen journalists uncovering government malfeasance and reporting about it on their blogs.

The First Amendment isn’t the only place where statists have chipped away at rights. The Fourth Amendment protections against unlawful search and seizure are under attack every single day. In order to fight the “drug war,” governments have enacted civil asset forfeiture laws. These laws allow the government to seize property without warrant, trial, or conviction. There is virtually no recourse to get your property back, save long and costly litigation.

Worse still, the laws are being used on more than just drug dealers. There are countless stories of people pulled over for traffic violations and the cops taking vast sums of cash from their cars because “no reasonable person” would carry thousands of dollars in cash.

The Bill of Rights is there to enshrine natural rights conferred by the Creator. The Founders knew that man is fallible and government is fallible. They knew that the natural inclination of government would be to encroach upon natural rights. That is why they sought to protect the people from “commonsense reforms.”

The Left, which has demonstrated a willingness to infringe on rights, should have to answer the question: What other rights should be reformed?

How about the Third Amendment? Certainly it costs too much to house the military. In the name of “commonsense” cost savings, should not people who live near military bases be required to allow a soldier to live with them?

Since the Left thinks licensing a natural right is a “commonsense gun law,” certainly we should require people to obtain licenses to maintain their other rights. For instance, if you’re not carrying your Fifth Amendment license, then you don’t have a right to remain silent when the police question you.

If you’ve not paid your yearly jury administration fee, then you’d lose your Sixth Amendment right to a jury trial. After all, why should the rest of the taxpayers bear the burden of your defense or the length and cost of a jury trial?

Better yet, if you’ve not bought your government-mandated incarceration insurance, well, your Eighth Amendment right against being subjected to cruel and unusual punishment would be suspended.

Outlandish? Perhaps. But the fact remains that restrictions on gun ownership have the exact same fundamental effect. They limit constitutionally protected freedoms that no government should be allowed to restrict.