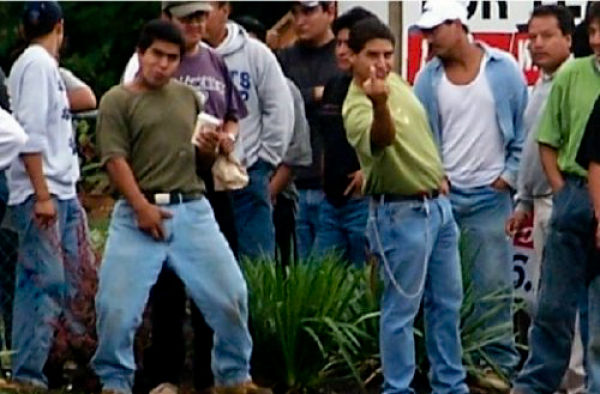 Frederick police arrested an illegal alien from El Salvador and another boy after they allegedly kidnapped, raped, and recorded the rape of a teenage girl in their Maryland class. The duo claimed the orders came from a female classmate.

Alleged gang members Victor Gonzalez-Gutierres, a 19-year-old illegal alien, and Edgar Chicas-Hernandez, 17, were both arrested on the kidnapping and rape charges. A third teenage boy, who was also allegedly involved in the incident, had yet to be arrested by police, according to Fox News.

The 18-year-old victim told police she was walking home when the illegal alien and two other boys suddenly confronted her. According to the victim, the boys used a knife to cut her before hitting her and pulling her hair. They eventually dragged her into a nearby car.

That’s when the alleged gang members, Gonzalez-Gutierres and Chicas-Hernandez, as well as the third boy, held her against her will and continuously raped her for hours — all while filming the sexual assault, the victim told police.

Following the hours-long rape, the illegal alien and two other boys took the victim back to her home where they had allegedly kidnapped her and told her “next time it will be worse” if she divulged information to the police.

“We’re looking into all possible gang affiliations and ties to see if the suspects have or had any ties to local gangs or transnational gangs,” Frederick Sgt. Andrew Alcorn told local media of the case. “This is not a common occurrence in Frederick. It’s a very quiet town and we like to keep it that way, and when an incident like this occurs we put all our available resources into solving it.”

The victim told police that the illegal alien and other boys told her during the incident that they were following out orders they had received from a fellow female classmate.

Police have identified and the female who allegedly ordered the rape of the girl, obtaining online conversations where the female admits to a plan to give acquaintances footage of the rape in exchange for “one night of pleasure.”

The victim told police that the illegal alien, Gonzalez-Gutierres, and Chicas-Hernandez were both known gang members. Although it remains unclear which gang the two boys were involved with, the violent MS-13 gang remains one of the most popular street gangs for young, illegal aliens from El Salvador.

The Immigration and Customs Enforcement (ICE) agency has been notified about Gonzalez-Gutierres and have an immigration hold on the teen.