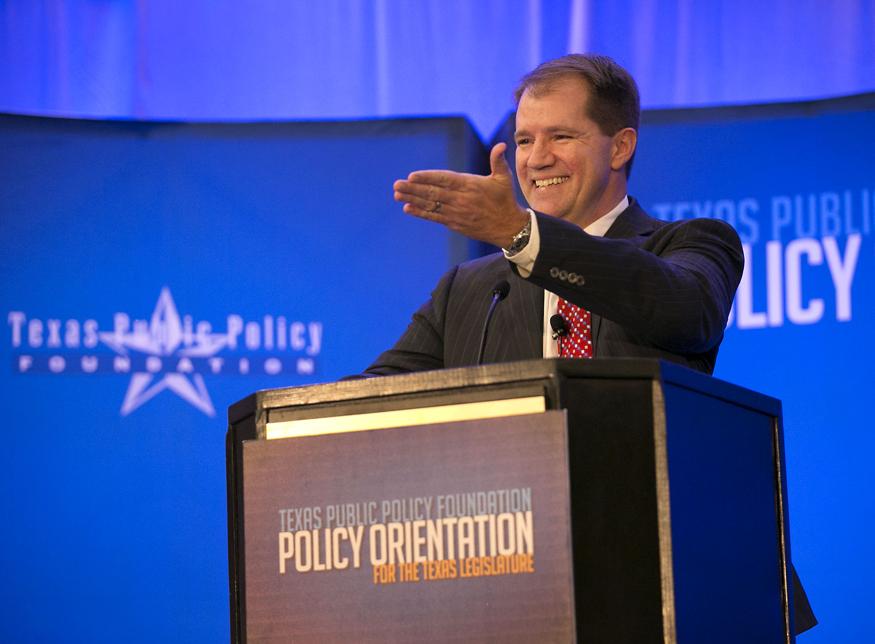 Late last week, to little acclaim or media fanfare, President Trump announced another round of new federal judicial nominees.  Among them is Texas Supreme Court Justice Don Willett, whose wit, humor and constitutionalist principles have made him a ‘fan favorite’ among online conservatives.  Trump has now selected the 51-year-old Willett to serve on the Fifth Circuit Court of Appeals, along with a slew of others:

I am honored & humbled by @POTUS's nomination to the 5th Circuit.

It’s no secret to political observers that the “unified” Republican government hasn’t accomplished much of anything over the first eight months of the Trump administration, despite achieving a fair amount of deregulation and passing some important legislation.  Obamacare repeal and replace was a giant failure, and the fate of the newly-rolled out, high-stakes tax reform push is uncertain (it strikes me as a good start, though legitimate questions about important details must be addressed).  One of the few areas in which Trump has consistently notched unmitigated conservative victories while keeping a crucial campaign pledge is on judicial appointments.  The editorial board of the Wall Street Journal took a moment yesterday to showcase and applaud the administration’s important progress on this front:

The White House announced its eighth batch of judicial nominees on Thursday, including four excellent choices for the Fifth Circuit Court of Appeals. They include a pair of Texans: Don Willett, who is now on the Texas Supreme Court and is well known for his witty Twitter feed; and James Ho, a Gibson, Dunn partner in Dallas who clerked for Justice Clarence Thomas and was Texas solicitor general. The other two Fifth Circuit nominees have notable legal achievements to their credit. Stuart Duncan was solicitor general of Louisiana and general counsel for the Becket Fund for Religious Liberty. He was counsel of record in Burwell v. Hobby Lobby Stores, the landmark 2014 decision allowing closely held companies to be exempt from regulations they object to on religious grounds.  Kurt Engelhardt is chief judge for the federal district court for eastern Louisiana. In 2013 he wrote a withering 129-page opinion documenting misconduct by the Justice Department’s Civil Rights Division and the U.S. Attorney in prosecuting New Orleans police.

The speed of the nominations and the quality of the nominees is a result of the close ties between White House judicial vetters and the Federalist Society that is a national clearinghouse for conservative legal talent. Judicial nominations are arguably the most successful part of the Trump Presidency. By our count—and we may have missed a name or two—Mr. Trump has made 18 nominations to appellate courts, 39 to district courts and three to the U.S. Court of Federal Claims. The Senate has confirmed only four for the appellate courts as Democrats use every possible delaying tactic. They’re even trying to disqualify Amy Coney Barrett, a nominee for the Seventh Circuit, because she’s an “orthodox Catholic,” as Senator Dick Durbin put it in a question at a Senate hearing.

This editorial doesn’t even mention biggest victory of all: Justice Gorsuch.  But the editors’ point about critical lower court vacancies being filled by conservatives is well-taken (especially considering the possible SCOTUS implications), and they call on Senate Republicans to take maximum advantage of today’s power dynamics to confirm as many of Trump’s picks as possible: “With confirmation politics increasingly polarized, Mr. Trump and Republicans are wise to move quickly to take advantage of this moment of Senate and White House control,” they write.  “If Democrats take the Senate in 2018, Chuck Schumer will try to block the confirmation of any conservative nominee.”  That’s exactly right.  The GOP has been using Harry Reid’s standard to move on a number of judicial selections, with an eye toward reversing President Obama’s profound leftward shift of the federal judiciary.  Despite the president tapping new judges at a break-neck pace, only a small fraction of those nominees have been confirmed.  The Daily Signal explains why, noting the number of appellate selections that are still awaiting a hearing and vote:

While Trump announces more and more outstanding nominees, they are, unfortunately, piling up in the Senate. The chamber has confirmed only seven judges (including Supreme Court Justice Neil Gorsuch) this year. Part of the problem is the Senate Judiciary Committee’s policy, known as “blue slips,” which asks the two senators from a nominee’s home state for their opinion before the committee holds a hearing or further evaluates the nominee….Senators select “I approve” or “I object” on a blue slip of paper. The president has the power to appoint judges—with the advice and consent of the Senate—but under this 100-year-old tradition, a single senator may be able to bring a confirmation to a crashing halt…While we don’t expect these [latest] four nominees to the Texas and Louisiana seats on the 5th Circuit to face blue-slip problems, the same cannot be said of all the other nominees announced earlier this year. [There are] 10 nominees for federal judgeships who are waiting for a Senate hearing or vote…

Mitch McConnell says he’s considering changing the rules in light of Democrats’ use of ‘blue slip’ tradition to obstruct the process, but Chuck Schumer’s caucus is warning against it, calling the potential move “hypocritical, as Republicans staunchly defended the blue slip process while Obama was in office.”  The question for the GOP is whether to engage in the sort of unilateral escalation for which Democrats have become known in these battles over recent decades.  Marginal progress has been made on this front already, with conservative groups pressuring Senate Democrats who are holding up nominees over ideological disagreements:

I’ll leave you with a reminder that this fight is likely to kick into overdrive if and when Justice Kennedy announces his retirement at the end of SCOTUS’ next session, as widely expected.  Senate Republicans stuck together admirably over Gorsuch, and they’ll need to hold the line again.  Democrats’ implied plan to stymie virtually all conservative nominees if they regain the Senate, which they’d spin as retaliation for Republicans’ hardball tactics on the Scalia opening.  But that struggle was a rare instance of the GOP actually force-feeding Democrats a taste of their own medicine.  Either way, this situation underscores the importance of the 2018 elections, in which Republicans hold a structural upper chamber advantage — though nothing should be taken for granted.