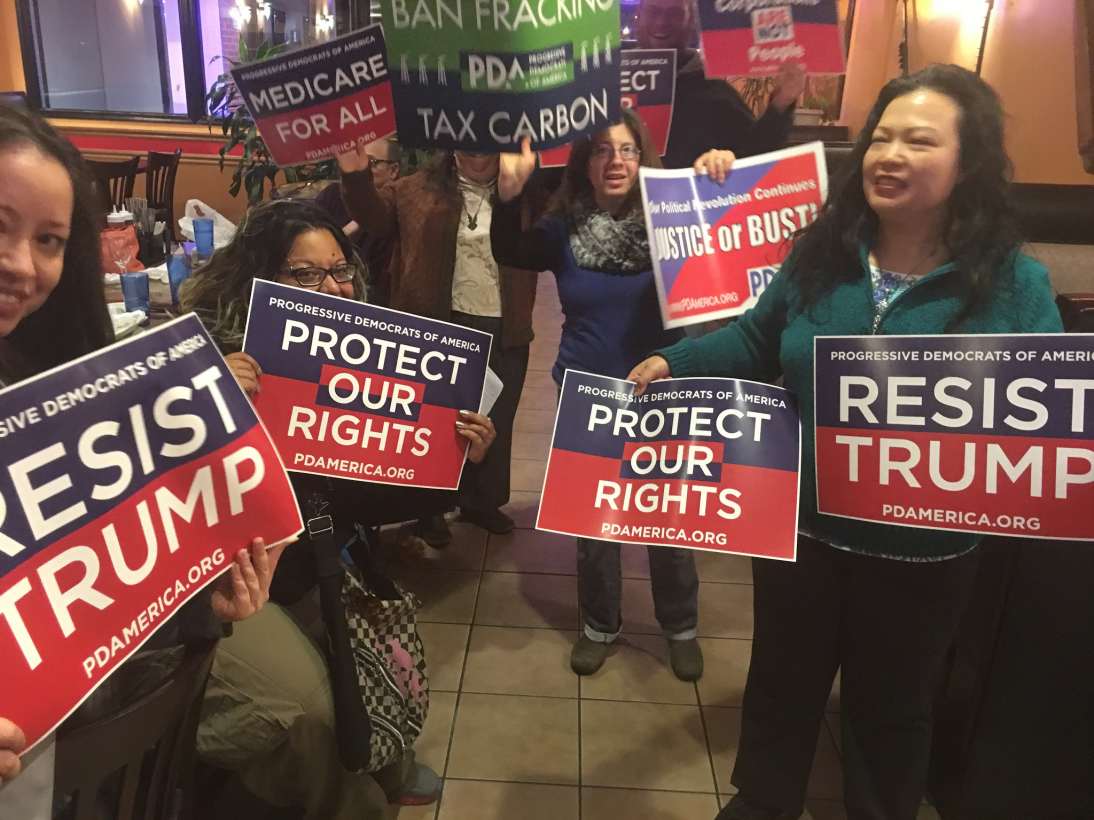 There’s no point in trying to sugarcoat the new Washington Post/ABC News poll, which is historically terrible for President Trump; trying to argue how “wrong” the series was in 2016 doesn’t really provide much to hang your hat on.  They missed the national margin by a small handful of points (here’s a reminder about the irrelevance of the popular vote, incidentally), clearly within the margin of error.  It’s earned an A-plus rating from FiveThirtyEight in terms of methodological reliability, although its margins did bounce around a bit down the stretch.  Of course it’s fair to say that Trump defied virtually all pollsters’ expectations last fall — or to argue that when it comes to Trump, polling is less important and less predictive than it may have been in the past.

It’s also totally reasonable to point out that despite ugly presidential numbers, Trump-backed House candidates won all four special Congressional races in which Democrats sought to flip seats from red to blue.  Granted, three of those were in Trump-heavy districts, but one was a tossup. Lastly, before getting to the worrisome polling nugget for Democrats, let’s simply recall that the midterm elections are nearly 16 months away.  So much could change between now and then that it’s silly to make any confident predictions about what may happen next fall, especially considering how many of the experts were stunned by what happened last fall, based on the preponderance of evidence.  The national picture could brighten considerably for the GOP.  Or it could darken.  Time will tell.  But with the president at a new low, should Democrats automatically assume that voters are flocking to their agenda?  No, they should not, because Americans don’t believe they have one:

Over half of Americans say @TheDemocrats are just an "anti-Trump party" with no actual platform of their own.https://t.co/anwID8yW8i pic.twitter.com/x6rFJkMiqG

Historically, the opposition party often gains seats in midterm elections, and if Trump’s current standing doesn’t improve, past trends suggest that Democrats would stand to benefit significantly.  However, while the president and his party (and their agenda) aren’t in good shape, the data above shows how a majority of voters — fueled by a majority of independents — view the Democrats as an agenda-less “resistance” outfit, which sounds about right.  What do they stand for?  They’re. uh, working on that.  From the Associated Press:

House Democratic Caucus Chairman Joe Crowley hesitated when asked about his party’s core message to voters. “That message is being worked on,” the New York congressman said in an interview this past week. “We’re doing everything we can to simplify it, but at the same time provide the meat behind it as well. So that’s coming together now.” The admission from the No. 4 House Democrat – that his party lacks a clear, core message even amid Republican disarray – highlights the Democrats’ dilemma eight months after President Donald Trump and the GOP dominated last fall’s elections, in part, because Democrats lacked a consistent message…Some want to rally behind calls to impeach the Republican president as new evidence indicates possible collusion between Trump’s campaign and the Russian government. Democratic leaders are reluctant to pursue that approach as it only energizes the GOP base. Others want Democrats to focus on the GOP’s plans to strip health insurance from millions of Americans. And still others say those arguments can be fashioned into a simplified brand. As Democratic officials debate their party’s message, so do voters across America.

The Democratic Party is also basically leaderless and increasingly unhinged, which isn’t helpful.  As we highlighted a few weeks ago, the GOP’s woes do not appear to be translating into Democratic popularity. We are looking at a deeply dissatisfied electorate.  One could make a pretty strong case that this exact dynamic worked wonders for not-especially-beloved Republicans in 2010, 2014 and 2016.  By the way, are there any bright spots for Trump in the new polling?  Perhaps.  As Matt wrote, he’s still above water, sitting at 50 percent, in the counties that elected him — although he’s underwater in the Obama-Trump counties he flipped.  His support is highly concentrated in strongly pro-Trump areas, which isn’t exactly welcome news for any Republican up for re-election in a marginal or blue-tinted area.  On the other hand, the 2018 Senate map is seriously stacked against Democrats, with a bevy of Democratic incumbents trying to hang onto seats in states where Trump’s map remains reddest.  I’ll leave you with another look at what Leah mentioned earlier — namely that despite his overall unpopularity, Trump scores much better on some major issues, with Americans’ economic outlook in pretty good shape.  This is the opposite of the Obama effect, wherein he was significantly more popular than his job performance numbers in key policy areas:

Per ABC/WAPO, Trump's net approval on the economy is running 20 points AHEAD of his overall net approval. Obama ran on avg. 10 points BEHIND

Gallup reaffirms that among those who give Trump a thumbs-down, it’s mostly not about policy.  It’s about character:

And for many, it’s personal.