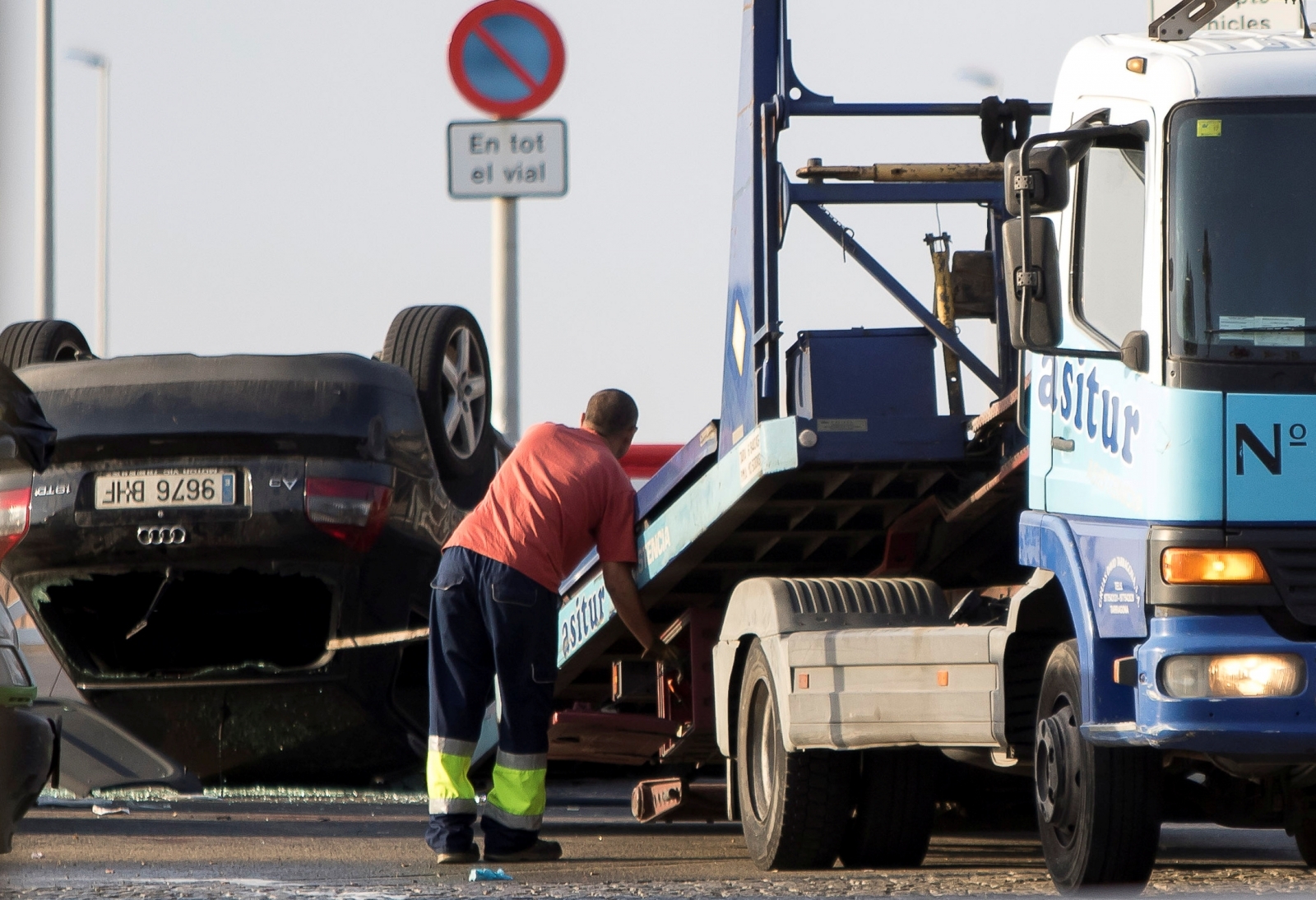 Spain suffered four incidents believed to be related to terrorism, including two deadly attacks, in little over 24 hours between Wednesday and Thursday, which have left 14 victims dead, up to 80 injured, and as many as six suspected terrorists dead.

Spanish authorities have identified the attacks as Jihadist terrorism, and two have so far been arrested — one Moroccan, and one Spanish citizen from Melilla, the Spanish exclave in Morocco. Police announced a 14th victim fatality following the attacks Friday morning — the number had stood at 13 since the previous eveniung. More deaths may follow, with a dozen injured presently in critical condition.

The main attack took place in Barcelona at 1650 local time (1250EST) Thursday, as a hired van departed from the roadway that runs adjacent to the city’s tourist hotspot Las Ramblas pedestrianised walkway. Lined with cafes and bars and at the height of tourist season, the street saw 14 killed and dozens more injured as that van drove at high speed, swerving to target people on foot, according to witnesses.

The perpetrator of the attack then fled on foot and is still being sought by police, reports Spanish newspaper El Pais. The Islamic State has claimed responsibility for the attack, calling the killers “Islamic State soldiers”.

Less than three hours later, there was a second incident — this time on the outskirts of Barcelona. This time a car drove into police officers manning a checkpoint — possibly part of operation cage, the Spanish police mission launched under the attack to lock down the city. While no officers were killed, the driver was found dead in the car, having suffered fatal knife wounds which may have been self-inflicted.

While police initially said they were not treating the incidents as linked, they now believe they may have been.

The third attack came in the early hours of Friday morning, as suspected terrorists again drove into police in Cambrils. Using an Audi A3 car the reportedly five would-be killers rammed into a group of people, injuring a police officer and six members of the public.
Police opened fire on the attackers as they emerged from the car, carrying knives and wearing explosive vests. All five were killed in the gunfire, and bomb teams used controlled explosions to destroy the vests, which subsequently turned out to be fake.

These attacks are now being linked to a fourth event which took place in Alcanar, a town 120 miles away from Barcelona. A huge explosion destroyed a house, which was initially blamed on a gas leak. However, police now believe the explosion could have been a bomb meant for Thursday’s attacks that exploded prematurely. Dozens of bottles of propane and butane were found at the address.

The police operation following the attacks is still active, with at least one attacker — named as Moussa Oukabir — known to be on the loose.